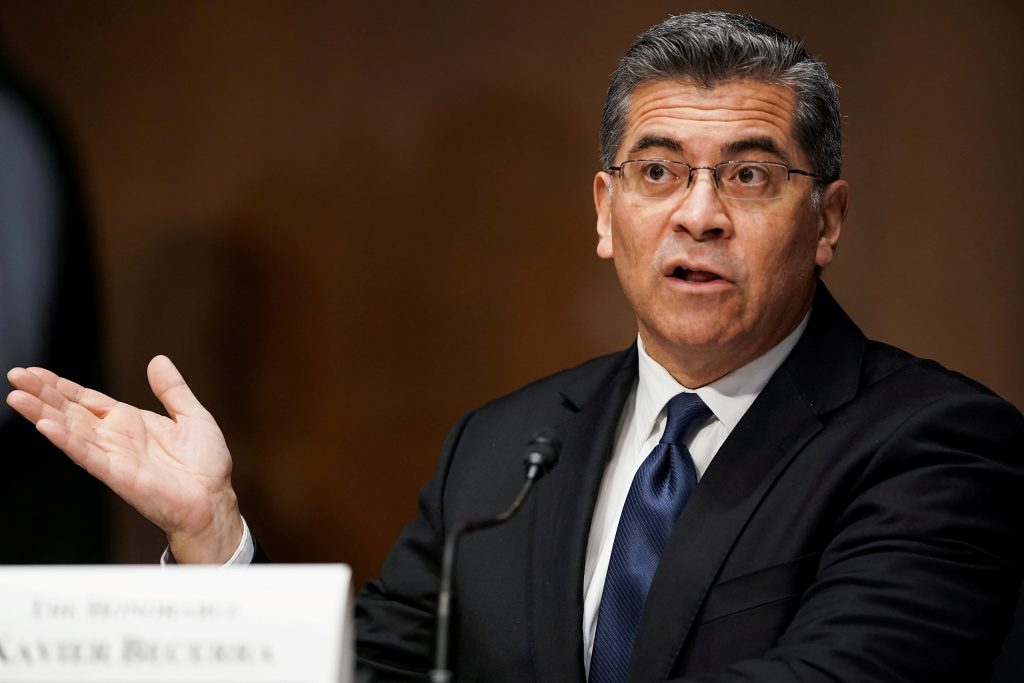 California Attorney General Xavier Becerra was confirmed by the U.S. Senate as secretary of Health and Human Services on Thursday, clearing the way for him to take the helm of the sprawling department as the United States battles the COVID-19 pandemic.

Becerra, who served in the U.S. House of Representatives for 26 years and was a member of Democratic leadership, will oversee an expansion of the Affordable Care Act, more commonly known as “Obamacare.”

Republicans opposed his nomination, citing his lack of experience on health matters and his support for expanding the government’s role in providing healthcare and liberalizing immigration policies.

Earlier this month, Becerra’s confirmation prospects became uncertain after his nomination was bottled up in a Senate committee that deadlocked in a 14-14 tie over whether to send Biden’s pick to the full Senate for confirmation.

“As America battles the COVID pandemic, his confirmation is long overdue,” Democratic Senator Edward Markey said during debate. He added that Becerra “is committed to reproductive freedom,” a hot-button issue for senators who oppose abortion.

On Wednesday, the top Senate Republican, Mitch McConnell, urged the Senate to reject the 63-year-old Becerra.

“The distinguishing feature of this nominee’s resume is not his expertise in health, medicine, or administration,” McConnell said. “What stands out are Mr. Becerra’s commitment to partisan warfare and his far-left ideology.”

Becerra will oversee the Department of Health and Human Services’ more than 80,000 employees in the United States and abroad.

The agency is responsible for programs ranging from Obamacare, disease control and health research to the gigantic Medicare and Medicaid healthcare programs for the older Americans, the poor and disabled.