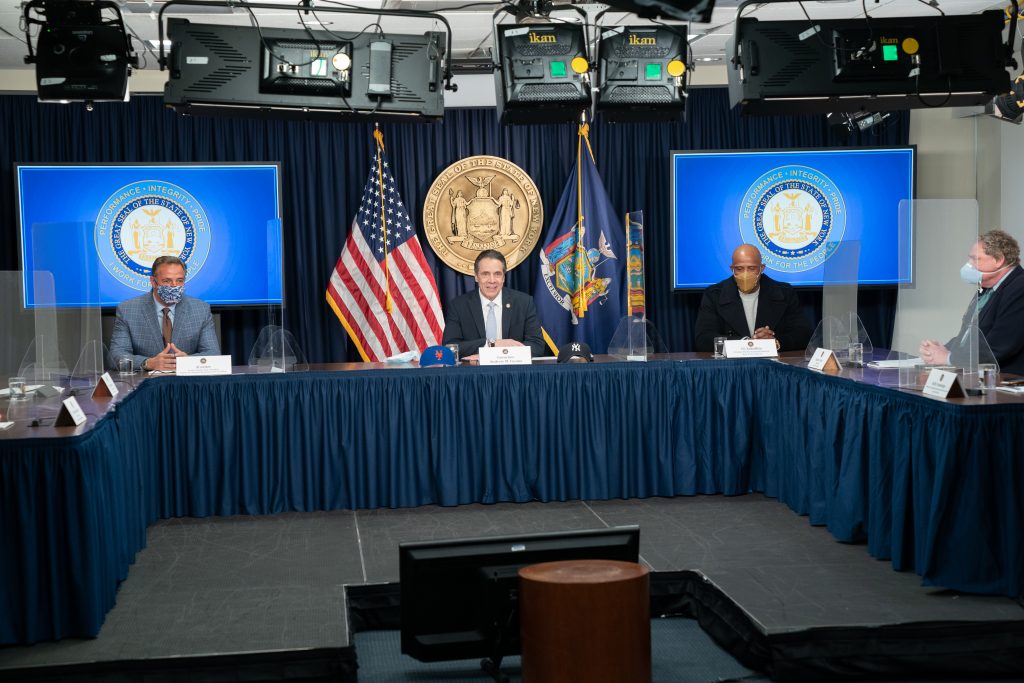 All of New York state’s coronavirus cluster zones will cease as the state moves on from the outbreak-monitoring system.

“We are reaching the light at the end of the tunnel,” said Governor Andrew Cuomo on Thursday, noting nearly 4.3 million vaccine doses have been distributed.

Public facing government workers are now eligible for the coronavirus vaccine, bringing the number of New Yorkers eligible for the vaccine at nearly 12 million. Cuomo and Mayor Bill de Blasio, who both became eligible under the new expansions, were vaccinated at their respective press conferences on Wednesday and Thursday.

State officials disagree; at his own press conference, de Blasio blasted Cuomo for the new reopening announcements, accusing the governor of playing politics to distract from the investigations into his mishandling of nursing home deaths.

“It’s just troubling to me that our healthcare team has said very clearly this is not what they would have done and the state just doesn’t care,” de Blasio continued, noting city health officials warned opening indoor exercise classes was unsafe.  “We’re going to do our best to implement this rule safely because the state has the legal right to do it, but it’s not what we would have done.”

The death toll and hospitalization rate from coronavirus in New York has fallen dramatically, but its number of cases on a 7-day rolling average is one of the highest in the nation. New York City itself has the highest number of cases per 100,000 residents in the country, according to the CDC’s data.