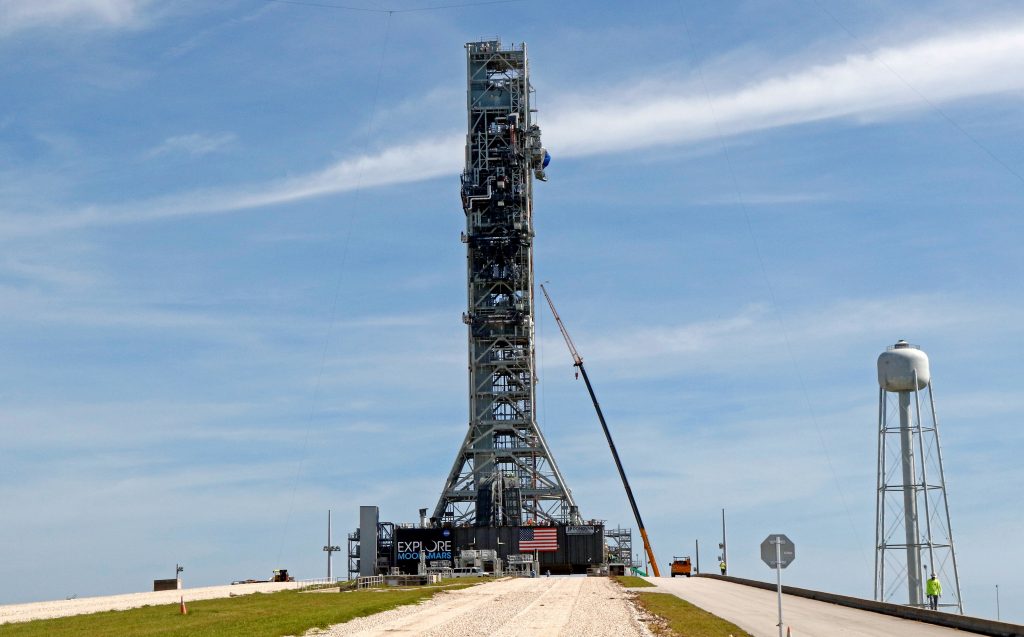 NASA on Thursday will ignite the engines on a rocket that Boeing built to eventually launch Artemis missions to the moon after a previous test in January was cut short.

NASA plans to conduct the engines test during a two-hour window that starts at 3 p.m. EDT (1900 GMT) at its Stennis Space Center in Mississippi.

The hot fire test of the core stage of the Space Launch System (SLS) rocket will simulate a launch by firing the engines while anchored to a tower.

NASA aims to return U.S. astronauts to the moon by 2024 but the SLS program is three years behind schedule and nearly $3 billion over budget. The last astronaut to walk on the moon was Eugene Cernan in December 1972.

NASA previously tested all four engines of its behemoth core stage in January, but the test lasted for about a minute – well short of the roughly four minutes engineers needed.

For Thursday’s test, engineers are aiming to fire the rocket’s four RS-25 engines at the same time for eight minutes.

If successful, the Space Launch System will then go to the Kennedy Space Center in Florida for integration with Lockheed Martin Corp’s Orion spacecraft.

The hot fire is the eighth and final test of the Green Run series to ensure the core stage of the SLS rocket is ready to launch Artemis missions to the moon. Artemis I is scheduled in November to orbit the moon with an uncrewed spacecraft but that date is likely to change.

Elon Musk’s SpaceX and Jeff Bezos’ Blue Origin are racing to send their own crewed missions to space for the first time.