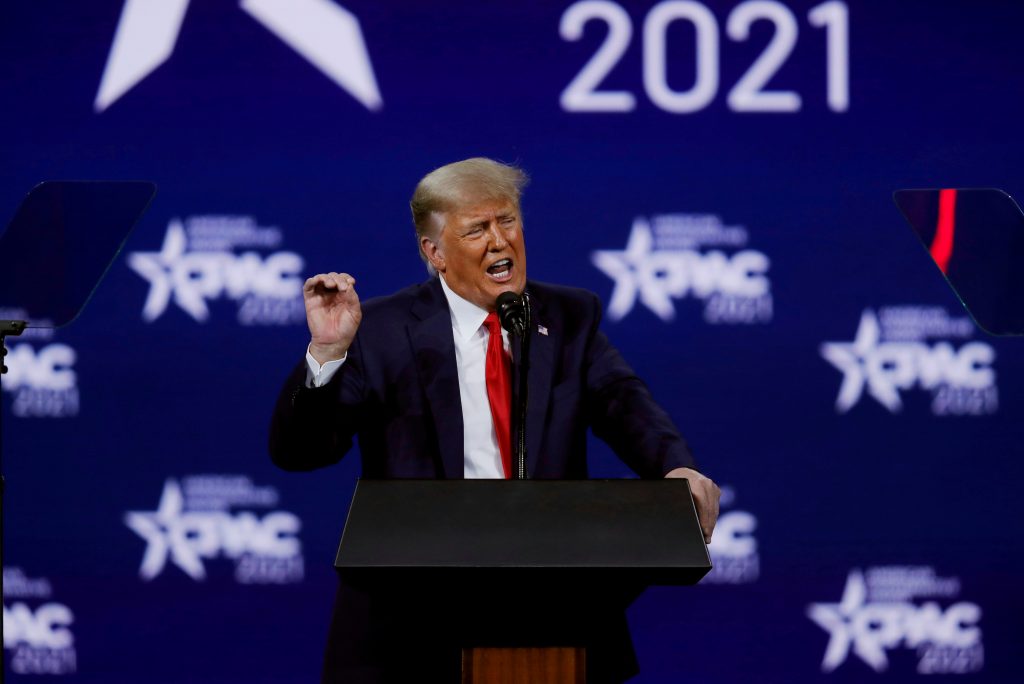 Former President Donald Trump said on Tuesday he would decide whether to make another run for the White House after congressional elections in November 2022.

Trump has said he is committed to helping fellow Republicans try to win back control of the U.S. House of Representatives and the Senate in the 2022 elections, which will be an early referendum on the leadership of Democratic President Joe Biden.

“I think we have a very, very good chance of taking back the House,” Trump said in an interview with Fox News. “You have a good chance to take back the Senate and frankly, we’ll make our decision after that.”

Trump told Fox News host Maria Bartiromo that his supporters appeared ready to back him again if he ran.

“Based on every poll, they want me to run again, but we’re going to take a look and we’ll see,” Trump said.

Trump also recommended that everyone take the coronavirus vaccine, reaffirming his remarks at last month’s Conservative Political Action Conference. Polls show large numbers of Republicans and Trump supporters resistant to getting the vaccination.

“It’s a great vaccine. It’s a safe vaccine. And it’s something that works,” said Trump, who quietly got vaccinated himself in January.

The White House has said it would welcome Trump‘s support in encouraging his supporters to be vaccinated, although President Joe Biden expressed doubt about how much it would help.

Trump has largely stayed out of the political spotlight since leaving office in January, other than his speech at the conservative conference in Florida.

In his absence, a battle has erupted in the Republican Party between establishment figures such as Senate Minority Leader Mitch McConnell who are eager to move on and conservative Trump allies who believe the party’s future depends on the energy of the pro-Trump base.

In his final weeks in office, Trump promoted claims that he lost his re-election bid due to rampant electoral fraud, stood accused of inciting a mob of supporters to rampage through the U.S. Capitol and became the first president ever to be impeached twice.

Trump has said he will campaign in the 2022 elections for candidates who back him and his policies – and against those Republicans he views as disloyal. He also is making plans to set up a super PAC political organization to support candidates he endorses.