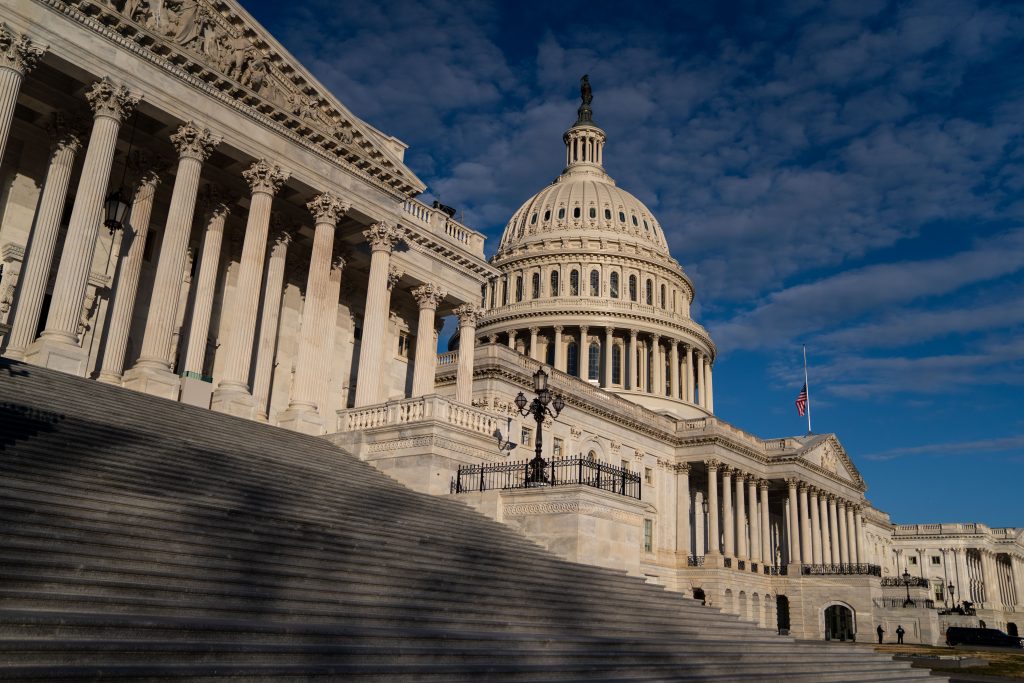 House Republicans lifted their decade-old ban on earmarks Wednesday during a closed-door vote, freeing their members up to request “congressionally directed spending” under the new process Democrats announced last month.

The vote ends weeks of internal debate among House GOP lawmakers about whether the party should participate in the process that will kick off later this year when the House Appropriations Committee begins drafting fiscal 2022 spending bills.

House Minority Leader Kevin McCarthy, R-Calif., told reporters that “members want to have a say in their own district” and that many Republicans have “a real concern about the administration directing where money goes.”

Under the resolution adopted behind closed doors Wednesday morning, GOP members must publicly disclose their earmark requests when submitted and affirm that neither the lawmaker nor their immediate family members have a financial interest in such projects

But Republicans put in additional guardrails, requiring that members explain in writing why the earmark they request is an “appropriate use of taxpayer funds.” The conference rules amendment also says that committee and party leaders “shall not give consideration to a member’s seniority, committee assignments, or position in the elected leadership when facilitating a request.”

Under the new process outlined by House Appropriations Chair Rosa DeLauro, D-Conn., lawmakers can request funding for up to 10 projects that have “community support.” Lawmakers need to certify they and their immediate family don’t have any financial interest in the project and must post their requests online at the same time they send them to the Appropriations panel.

DeLauro’s guidelines include a cap on the total amount of earmarked funds at 1% of discretionary spending, and no money can go to for-profit interests.

The Government Accountability Office will then audit a sample of the earmarks members approve every year and submit its report to Congress.

DeLauro said last month that the new process will let House members “put their deep, first-hand understanding of the needs of their communities to work to help the people we represent.”

Republicans have spent the last few weeks debating whether they should remove the ban in their party rules or sit out the first round of earmarks, leaving members free to campaign against Democrats on the topic during the 2022 midterms.

The ultraconservative House Freedom Caucus is overwhelmingly opposed to bringing back the practice, saying in a statement last month the group “opposes the use of earmarks, whether in the 117th Congress or any future Congress.”

Several House and Senate Republicans have publicly supported a return to earmarking, saying that when Congress enacted a ban in 2011 under a Republican House and a Democratic Senate the prohibition eroded lawmakers’ constitutional power over government spending.

House Republicans almost brought earmarks back in 2016 when amendments that would have allowed congressionally directed spending for Army Corps of Engineers projects and funding for local, state and federal projects were nearly adopted during a closed-door vote.

Then-Speaker Paul D. Ryan, R-Wis., however, stepped in to halt the process, promising a vote during the next year that never happened.

House Republicans’ decision to remove their earmark ban now could clear the way for Senate Republicans to amend or lift their ban on earmarks as well.

Many GOP appropriators in that chamber have been waiting to see how their House counterparts would react to Democrats’ earmarks proposal.

Senate Appropriations ranking member Richard C. Shelby, R-Ala., has said he supports a transparent and controlled return to earmarking, but said he would defer to the caucus’ rules.

Senate Appropriations Chairman Patrick J. Leahy, D-Vt., said last week he will bring earmarks back in the Senate and offered to dedicate half of the amount to GOP senators, if they decide to participate.

“I’m perfectly willing to divide it equally between Republicans and Democrats. And so it will be up to them if they want it. If they don’t, we’ll just have it on the Democratic side,” he said.

Senate Minority Leader Mitch McConnell, R-Ky., has been relatively quiet on the topic, but did say on Fox News in late February that most of his senators didn’t want to bring back earmarks.

“I represent the entire conference and I can tell you the overwhelming majority of the Republican Conference in the Senate is not in favor of going back to earmarks,” McConnell said. “I’m assuming those people — even if Democrats craft the bill so that those are permitted — will not be asking for them.”

In 2019, Senate Republicans voted in favor of a “permanent ban” on earmarking inside their conference.

It’s not clear whether such opposition will be able to hold out if House and Senate Democrats, and now House Republicans, are on board. But Senate GOP support appears few and far between at best so far.

Sen. Rick Scott, R-Fla., told reporters Wednesday that he would “aggressively oppose” any efforts for the Senate Republican Conference to follow the House. ”What we ought to be focused on is how we’re going to save money,” Scott said.