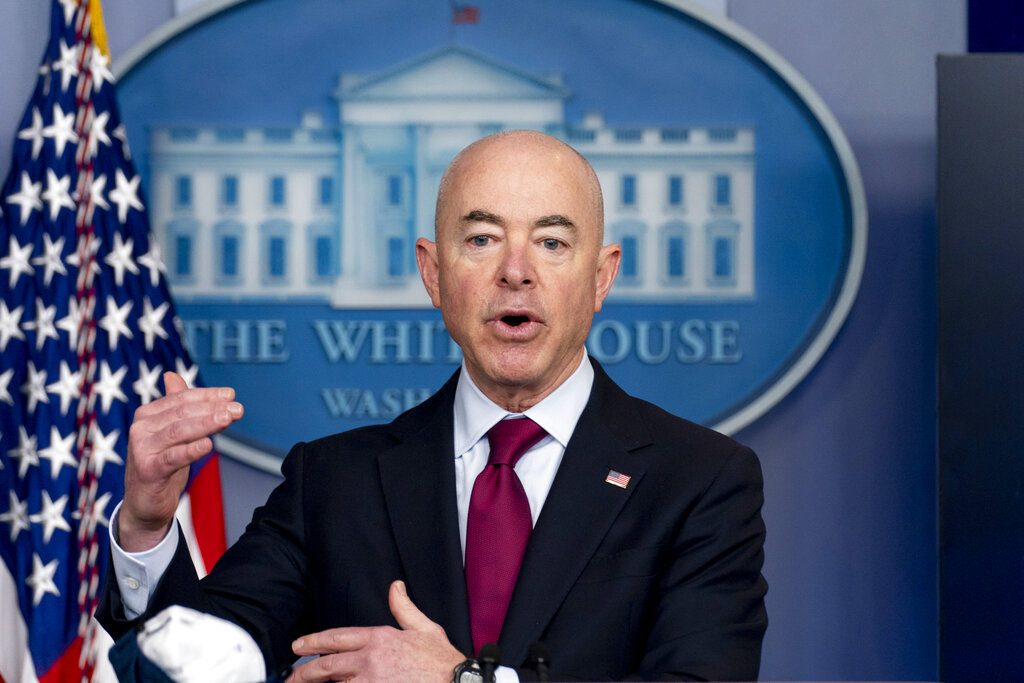 The head of the Department of Homeland Security, pushing back against Republican criticism of the Biden administration’s border policies, refused on Wednesday to say that a surge of migrant children entering the United State is a “crisis.”

As GOP members of Congress argued that President Joe Biden had wrongly rolled back immigration policies enacted by former President Donald Trump, DHS Secretary Alejandro Mayorkas pointed to another Trump policy that was widely reviled: the separation of immigrant families under a “zero tolerance” policy on border crossings.

“A crisis is when a nation is willing to rip a 9-year-old child out of the hands of his or her parent and separate that family to deter future migration,” Mayorkas told the House Homeland Security Committee. “That, to me, is a humanitarian crisis.”

The number of migrants being stopped at the U.S.-Mexico border has been rising since last April, and the administration is still rapidly sending back most single adults and families under a public health order issued by Trump at the start of the COVID-19 pandemic. But the U.S. is now allowing teens and children to stay, at least temporarily, and they have been coming in ever larger numbers.

More than 4,000 migrant children were being held by the Border Patrol as of Sunday, including at least 3,000 in custody longer than the 72-hour limit set by a court order, according to a U.S. official. The agency took in an additional 561 on Monday, twice the recent average, according to a second official. Both officials spoke on condition of anonymity to discuss figures not yet publicly released.

The rise has left Biden in a difficult spot. He is criticized by Republicans for what they view as encouragement to illegal border crossers and by some Democrats over the prolonged detention of minors. The situation is also a challenge to his effort to overhaul broader Trump policies intended to curtail both legal and illegal immigration.

“I can say quite clearly: Don’t come over,” Biden said in an ABC News interview that aired Wednesday.
The number of migrants attempting to cross the border is at the highest level since March 2019. Mayorkas on Tuesday said it was on pace to hit a 20-year peak.

“The situation at the southwest border is difficult,” Mayorkas said in his most extensive remarks to date on the subject. “We are working around the clock to manage it and we will continue to do so. That is our job.”

The Health and Human Services Department plans to open shelter facilities at Moffett Federal Airfield near San Francisco and in Pecos, Texas, to handle the flow. It is also looking to expand a facility in Donna, Texas, in the Rio Grande Valley, to hold 2,000.

Also, the Dallas Convention Center was to begin holding children as early as Wednesday, with plans to accommodate up to 3,000. A makeshift holding center in Midland, Texas, that opened last weekend for 700 children had 485 on Monday.