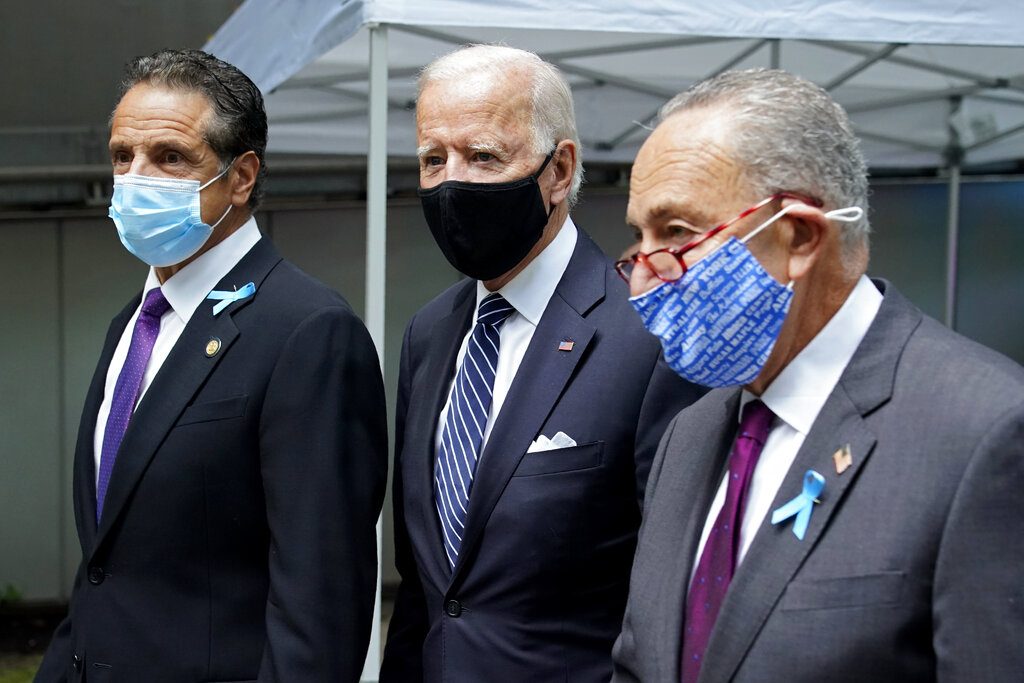 President Joe Biden said that if the investigations into allegations of inappropriate conduct by New York Governor Andrew Cuomo are true, the governor should resign.

Biden made those comments in a media interview on Tuesday night.

When asked pointedly if he believed Cuomo should step down, Biden said, “Yes.”

“It takes a lot of courage to come forward so the presumption is it should be taken seriously,” Biden said, referring to the former employees of the governor who came forward with allegations. “And it should be investigated, and that’s what’s underway now.”

Biden added, ““I think he’d probably end up being prosecuted, too.”

Cuomo, long one of the most powerful and dominant figures in New York politics, is rapidly losing allies. New York’s two senators, Majority Leader Chuck Schumer and Kirsten Gillibrand, have called on him to resign, as have a significant portion of the state’s congressional representatives.

Most worryingly for Cuomo, many of those who have called on him to resign have also called on the state’s politicians to impeach him if the third-term governor refuses.

At least one of the governor’s accusers has met with Attorney General Letitia James’s office for an interview over several hours to present her experience and evidence.