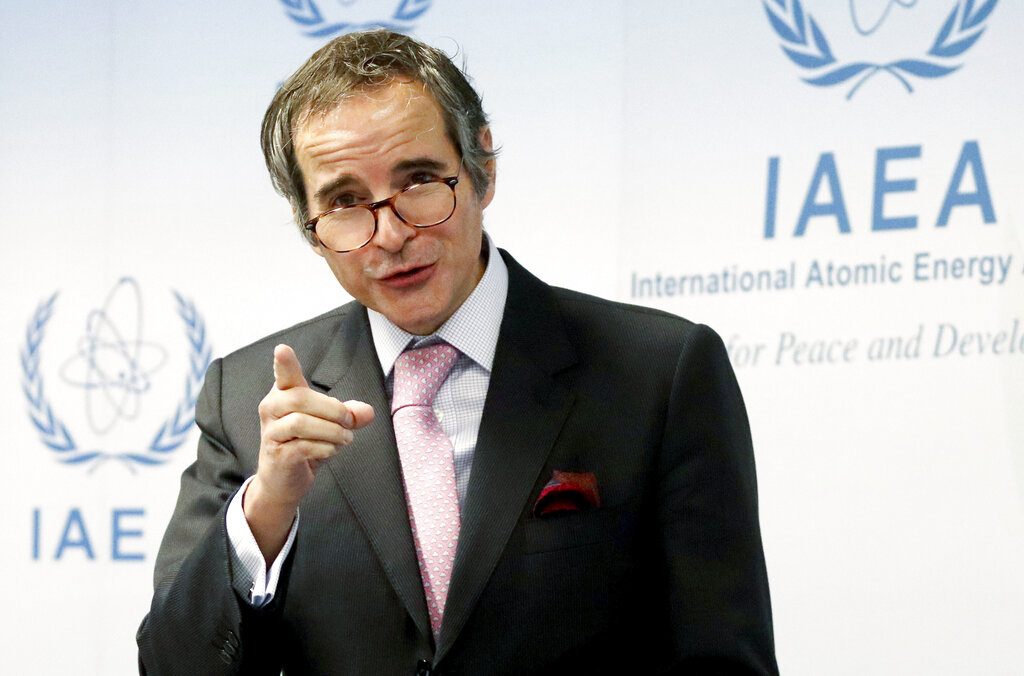 A U.S. return to the 2015 nuclear deal with Iran remains possible, but both sides need to be prepared to negotiate, the head of the U.N. nuclear watchdog suggested to European lawmakers on Tuesday.

Washington pulled out of the deal unilaterally in 2018 under then President Donald Trump, but President Joe Biden has indicated that the U.S. would be willing to rejoin.

But there are complications. Iran has been steadily violating the restrictions of the deal, like the amount of enriched uranium it can stockpile and the purity to which it can enrich it. Tehran’s moves have been calculated to put pressure on the other nations in the deal — Russia, China, France, Germany and Britain — to do more to offset crippling sanctions reimposed under Trump.

Iran has said that before it resumes compliance with the deal, the U.S. needs to return to its own obligations under the deal by dropping the sanctions.

He noted that over the past two years Iran has accumulated a lot of nuclear material and new capacities, and used the time for “honing their skills in these areas.”

“Even if you had a magic wand or the hand of G-d and said we go back tomorrow, there will be a lot of housekeeping,” he said.

Grossi said he had been talking to both sides in his agency’s “impartial neutral role” and did think that a U.S. return to the deal, known as the Joint Comprehensive Plan of Action, or JCPOA, was possible.

“They want to come back,” he said. “But of course … there are a number of issues that still need to be clarified. So it’s not impossible. It is difficult, but not impossible.”

The ultimate goal of the deal is to prevent Iran from developing a nuclear bomb, something it insists it doesn’t want to do. Iran now has enough enriched uranium to make a bomb, but nowhere near the amount it had before the nuclear deal was signed.

As part of its ongoing violations of the JCPOA, Iran last month began restricting IAEA inspections of its nuclear facilities.

Under a last-minute deal worked out in a trip to Tehran by Grossi, however, some access was preserved.

Under that temporary agreement, Iran will no longer share surveillance footage of its nuclear facilities with the IAEA, but it has promised to preserve the tapes for three months. It will then hand them over to the IAEA if it is granted sanctions relief. Otherwise, Iran has vowed to erase the tapes, narrowing the window for a diplomatic breakthrough.

“Admittedly it is limited, but it allows [them] to maintain a record of the basic activities that are taking place,” Grossi said. “Granted it is not the same as the whole access that we used to have.”

Grossi said it was important for the JCPOA powers to use this three-month “diplomatic window of opportunity” that Iran has granted.

“In this time period, the parties involved will hopefully be able to achieve, or at least start to move back to the JCPOA,” he said.