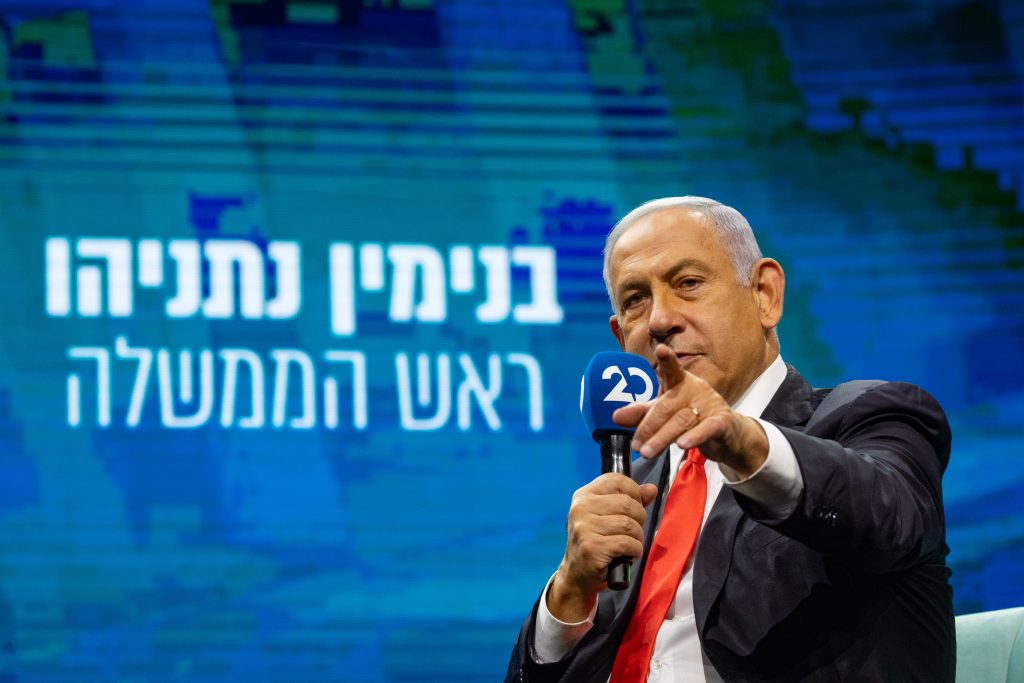 Prime Minister Binyamin Netanyahu said on Tuesday that the reason for the last-minute cancellation of a campaign stop in Ashkelon on Monday night was “an important diplomatic conversation with a leader in the region.”

Netanyahu told Ynet that the public would hear details about that call in the future.

But later in the day another possible reason for the change of schedule emerged: a terrorist threat from Gaza.

Shortly before his scheduled appearance, the Gaza-based terror group Palestinian Islamic Jihad released a threatening video aimed at Netanyahu. It showed its members preparing to fire rockets at Israel. At the end of the video was footage of Netanyahu leaving an event following the 2019 rocket fire incidents. Over the image was the text, in Hebrew, “You forget,” according to The Times of Israel.

In 2019, Netanyahu had to be escorted by security personnel form the stage at a campaign event to take shelter from incoming rocket fire. Images from that embarrassing incident provided ammunition for his political opponents. The scene was at odds with the image of “Mr. Security” that Netanyahu had been emphasizing in the campaign.

On Monday night, his supporters were left waiting for him to arrive for over two hours. In the end, he spoke to them via video and apologized for not coming, the Times said.