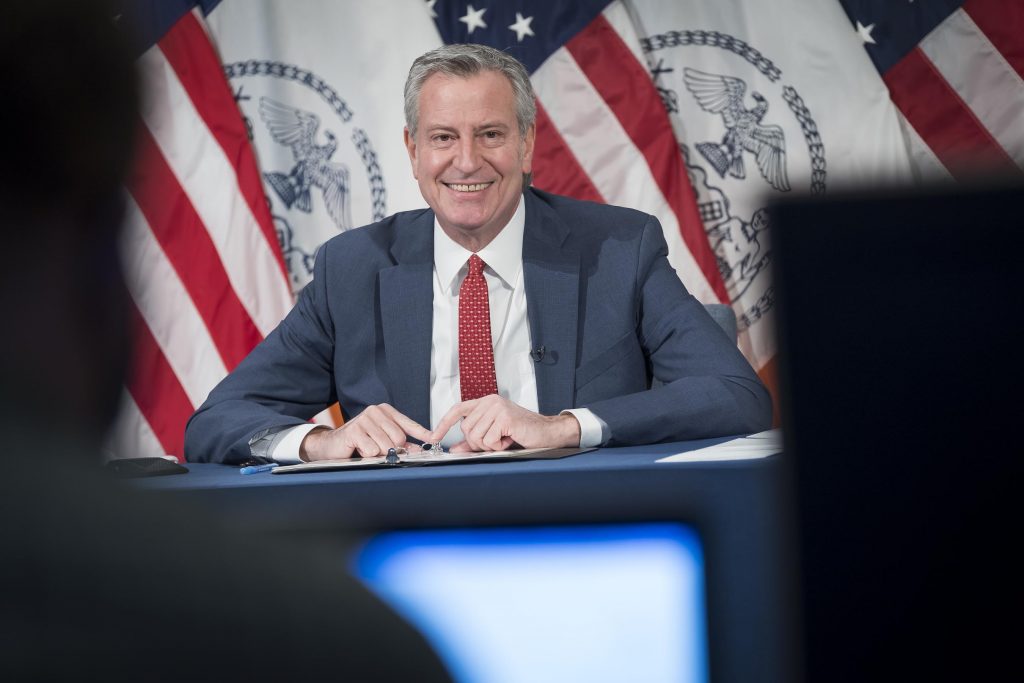 “We could be doing so much more if we had more supply and we’re working closely with the Biden administration to get that done, and we appreciate every, every step – they have been increasing the supply steadily,” the mayor said at his press conference on Tuesday. “We need as much as we can get our hands on.”

De Blasio has been steadily criticizing the governor for the state’s rigid vaccine guidelines for months, lamenting that the overly restrictive system of who gets vaccinated when has tied the city’s hands and prevented the city health department from scaling up vaccination efforts throughout the five boroughs.

“We’re not getting our fair share of vaccine, even though we’re vaccinating so many people from the suburbs, even from Connecticut, New Jersey,” de Blasio said. “We should be getting more vaccine from the State. In so many ways, we’re just not getting a response. That’s why we need local control so we can move this effort forward.”

De Blasio lambasted Cuomo’s use of emergency powers to overrule localities and cities when it came to coronavirus policies, from nursing homes to vaccines. He even said that there was a period when frustrated city officials considered ignoring the governor’s rules.

“Remember that point where I was fighting for the freedom to vaccinate seniors, police officers, firefighters, EMTs, paramedics, educators — it was getting ridiculous,” de Blasio said. “It went on for days and days, and we certainly did consider the option of just going ahead and doing it.”

He said he spoke to other mayors of major metropolitan cities who have been struggling with the onerous demands of the state’s governors, and they have appealed directly the Biden administration to “change the rules, to provide vaccine directly and without strings attached to major cities..so that we can cut out the middle person and get to work vaccinating more people and do it more quickly, more effectively.”

New York City has been steadily increasing its weekly vaccination numbers, breaking its own record last week with 370,000 vaccinations. The city aims to reach half a million doses distributed a week.