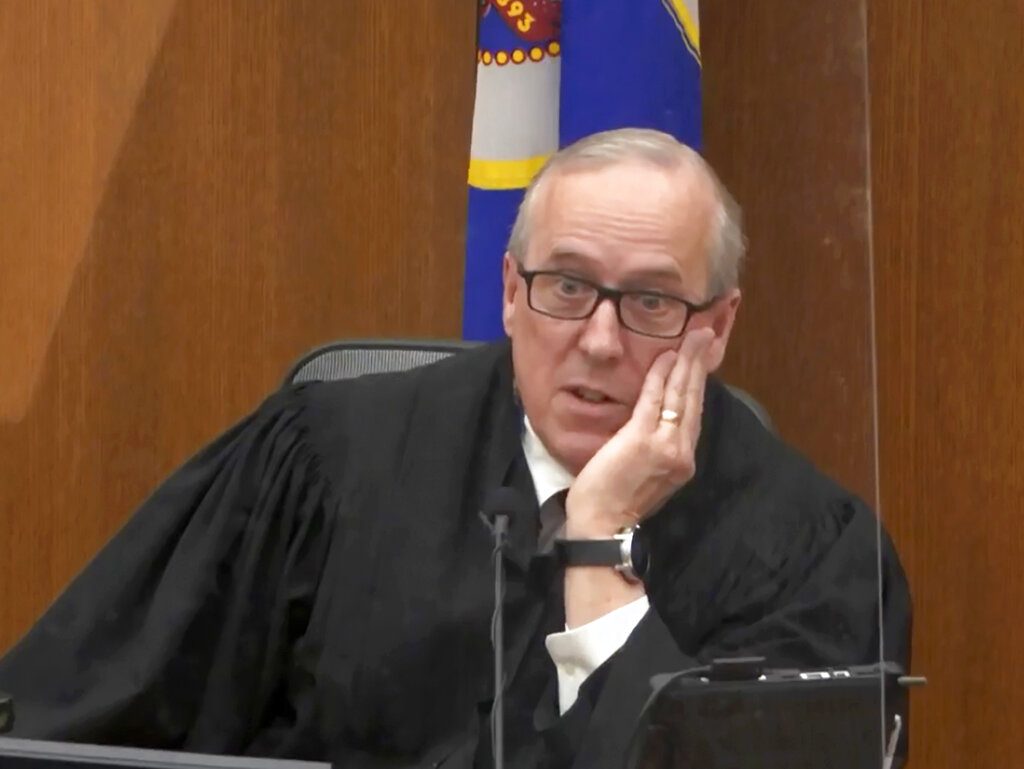 A lawyer for a former Minneapolis police officer charged in George Floyd’s death asked the judge again Tuesday to allow evidence of a previous arrest during which Floyd was found with drugs, a request the prosecutor derided as an attempt to “smear” Floyd’s character.

Defense attorney Eric Nelson said that Floyd’s May 2019 arrest — a year before his fatal encounter with officer Derek Chauvin — was remarkably similar: He ignored officers’ commands, put something in his mouth, and had to be physically removed from a vehicle.

But Prosecutor Matthew Frank argued that evidence was prejudicial, and suggested the defense wanted to admit it as a backdoor way of depicting Floyd as a bad person.

Floyd, a Black man, was declared dead on May 25 after Chauvin, who is white, pressed his knee against his neck for about nine minutes. Floyd’s death sparked sometimes violent protests in Minneapolis and beyond and led to a national reckoning on racial justice. Chauvin is charged with murder and manslaughter.

Nelson argued the similarities in both incidents are relevant to establish cause of death.

Both times, as officers drew their guns and struggled to get Floyd out of the car, he called out for his mother, claiming he had been shot before and crying.

The judge said some evidence from the 2019 arrest might be relevant to Floyd’s cause of death, but he questioned whether two incidents were enough to show a common pattern of behavior.

The jurors seated so far are a diverse group, an element being closely scrutinized in a case where race plays a central role.

Nine jurors had been seated through Monday, including five who are white; one who is multiracial; two who are Black; and one who is Hispanic.

The jurors include six men and three women and range in age from their 20s to their 50s. The selection process resumes Tuesday and continues until 14 people — 12 to deliberate and two alternates — are seated. Opening statements are expected March 29 unless the process isn’t complete by then.

On Monday, Nelson asked Cahill to postpone the trial, arguing that the jury pool was likely tainted by Friday’s announcement that the city of Minneapolis would pay $27 million to Floyd’s family to settle their civil rights lawsuit.

“It is profoundly disturbing to the defense,” Nelson said of the settlement in the midst of jury selection. “This is not fair.”

Cahill didn’t immediately grant the delay, but acknowledged that the timing was “unfortunate” and said he would consider it. He said he likely would recall the seven jurors who were seated last week for further questioning, though he already instructed members of the jury pool to avoid all news coverage of the case.
Three other former officers face an August trial on charges of aiding and abetting second-degree murder and manslaughter.