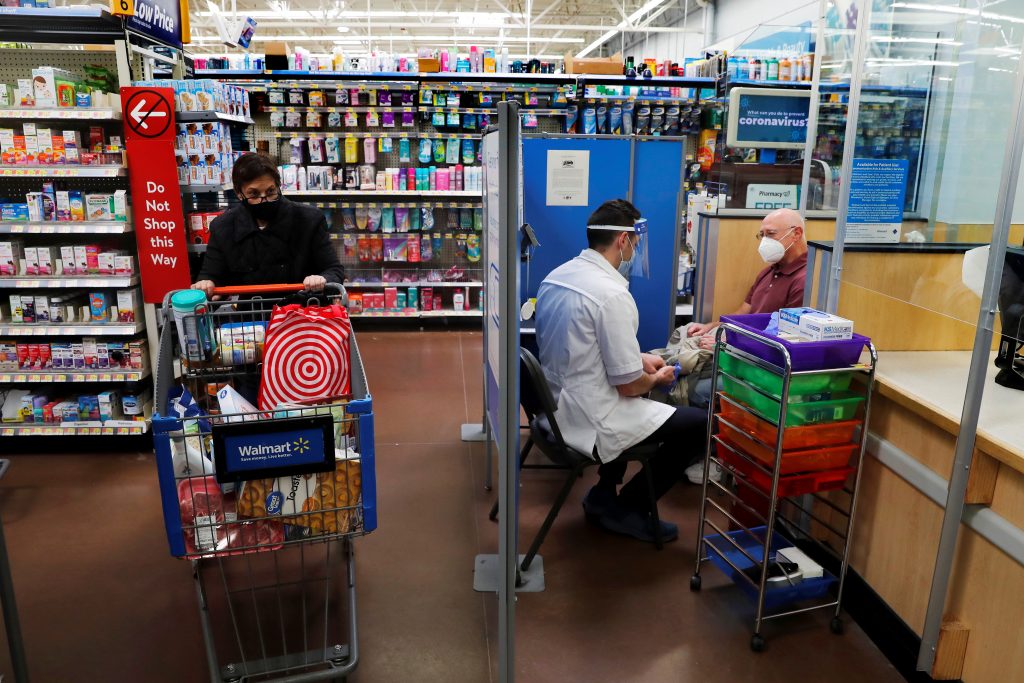 U.S. retail sales fell more than expected in February amid bitterly cold weather across the country, but a rebound is likely as the government disburses another round of pandemic relief money to mostly lower- and middle-income households.

The harsh weather also took a bite out of production at factories last month, with the deep freeze in Texas and other parts of the South putting some petroleum refineries, petrochemical facilities and plastic resin plants out of commission. The setback is probably temporary.

Stronger economic growth is expected this year, thanks to massive fiscal stimulus and an acceleration in the pace of vaccines, which should allow for broader economic re-engagement, even as new COVID-19 cases are starting to creep up.

Federal Reserve officials, who started a two-day meeting on Tuesday, are likely to focus on the underlying economic strength, expectations of higher inflation and a steadily recovering labor market.

“With healthier and warmer days nearing, and generous stimulus checks on their way, consumers are poised to shake off the winter chills,” said Lydia Boussour, lead U.S. economist at Oxford Economics in New York. “This year, we expect the combination of an improved health situation and generous fiscal stimulus to fuel a consumer boom for the history books.”

Retail sales dropped by 3.0% last month, the Commerce Department said. But data for January was revised sharply up to show sales rebounding 7.6% instead of 5.3% as previously reported. Economists polled by Reuters had forecast retail sales falling only 0.5% in February.

Unseasonably cold weather gripped the country in February, with deadly snow storms lashing Texas. The decline in sales last month also reflected the fading boost from one-time $600 checks to households, which were part of nearly $900 billion in additional fiscal stimulus approved in late December, as well as delayed tax refunds.

Stocks on Wall Street were mixed. The dollar rose against a basket of currencies. U.S. Treasury prices were mixed.

Excluding automobiles, gasoline, building materials and food services, retail sales decreased 3.5% last month after surging by an upwardly revised 8.7% in January. These so-called core retail sales correspond most closely with the consumer spending component of gross domestic product. They were previously estimated to have shot up 6.0% in January.

“It’s likely we will see an even bigger boost to consumer spending in coming months, starting with March,” said Michael Feroli, chief U.S. economist at JPMorgan in New York.

Economists at Goldman Sachs on Saturday raised their first-quarter GDP growth estimate to a 6% annualized rate from a 5.5% pace, citing the latest stimulus from the Biden administration. The economy grew at a 4.1% rate in the fourth quarter.

Goldman Sachs forecast 7.0% growth this year. That would be the fastest growth since 1984 and would follow a 3.5% contraction last year, the worst performance in 74 years.

The rosy economic outlook was not dimmed by a separate report from the Fed on Tuesday showing output at factories tumbled 3.1% in February, also weighed down by a global semiconductor shortage because of the pandemic.