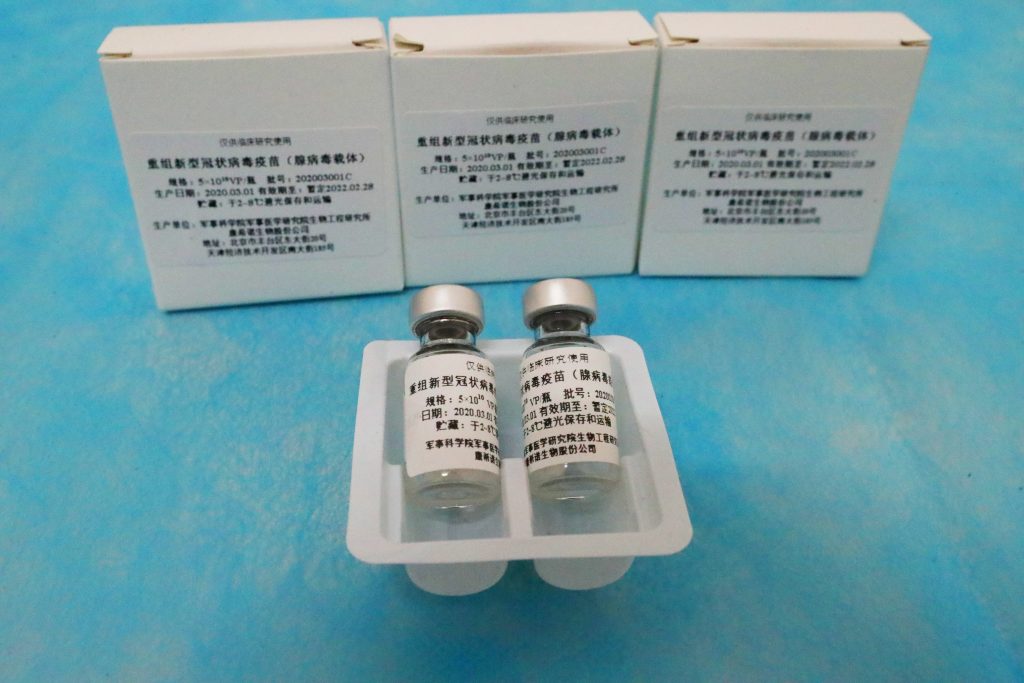 China has approved another COVID-19 vaccine for emergency use, adding a fifth shot to its arsenal.

The announcement came from the Chinese Academy of Sciences’ Institute of Microbiology. The vaccine was approved for use in Uzbekistan on March 1. The last phase of clinical trials is ongoing. No peer-reviewed data is publicly available about the vaccine’s safety or efficacy.

It’s a three-dose shot, with one month between shots, a company spokesperson says. Like other vaccines China has developed, it can be stored at normal refrigeration temperatures.

China has been slow in vaccinating its population of 1.4 billion people, despite having four vaccines approved for general use. The latest numbers, according to government officials at a press briefing Monday in Beijing, is 64.9 million doses of vaccines have been administered. They’ve mostly been given to health-care workers, those working at the border or customs, and specific industries.