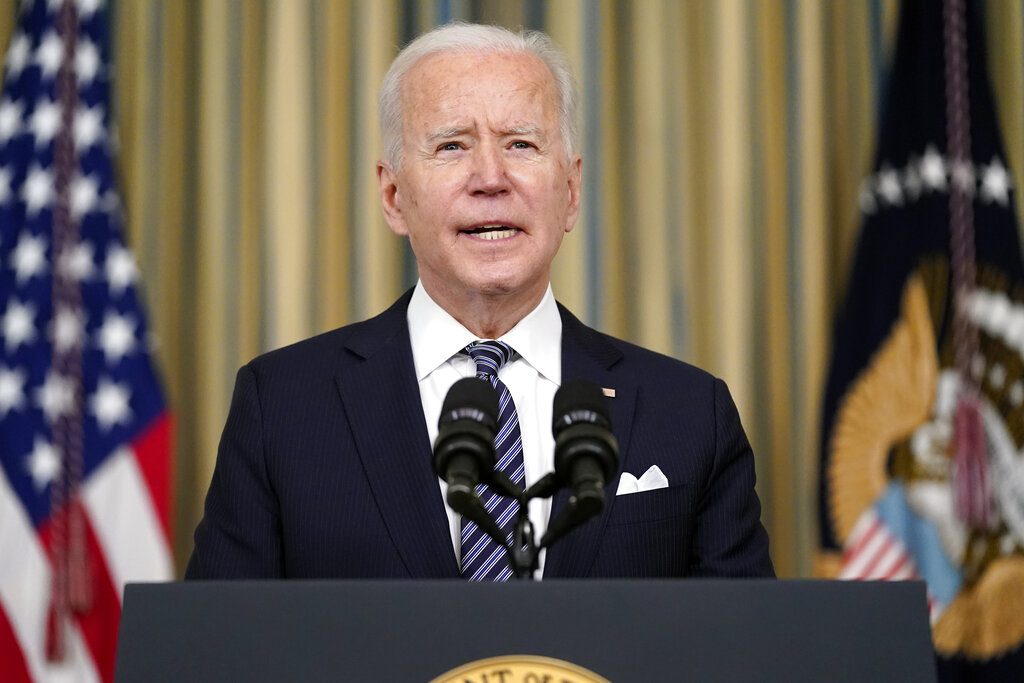 After President Joe Biden’s giant COVID-19 relief bill passed Congress, he made a prime-time address to the nation and presided over a Rose Garden ceremony.

But there wasn’t so much as a statement from the White House after the House passed legislation that would require background checks for gun purchases, a signature Democratic issue for decades.

Biden’s views on gun regulation have evolved along with his party — at one point reluctant to impose too many restrictions that blue-collar Democrats opposed — to a near-unanimous call to do something about gun violence after a spate of mass shootings.

In the early months of Biden’s presidency, even popular proposals like background checks are lower on his list of priorities and their prospects in the Senate cloudy.

The two bills that passed the House last week would expand background checks on gun purchases, the first significant movement on gun control since Democrats took control of both chambers of Congress and the White House.

They are among a number of major bills House Democrats have pushed through in recent weeks, including legislation to expand voting rights and support union organizing, that now face an uncertain fate in the Senate. Supporters of the background check bills are hoping to see Biden become more actively involved.

During his presidential campaign, Biden embraced an expansive gun-control agenda, backing an assault weapons ban and buyback program that was once seen as highly controversial and won’t see action in a divided Congress.

But the bills that just passed the House received meager GOP support there and face a much tougher road in the Senate, where 10 Republicans would have to join all 50 Democrats and independents for them to move toward passage.

With Senate Majority Leader Chuck Schumer, D-N.Y., promising to give the background check bills a vote on the floor, Democrats are hopeful Republicans will step up when they’re put on the spot.

They’re also heartened by the declining influence of the NRA, which filed for bankruptcy this year after being outspent by gun-control groups for the first time during the 2018 election.

While much of Biden’s gun-control agenda is unlikely to win passage in an evenly divided Senate, some of his proposals can be achieved by prioritizing resources within the federal government. Biden has proposed, for instance, directing the FBI to ensure state and local law enforcement agencies are notified if someone who tries to buy a gun fails a background check. He has also said he’ll ask his attorney general to look for ways to better enforce gun laws.

But the Biden administration has yet to signal how the president himself will get engaged. White House press secretary Jen Psaki said Biden is looking forward to working with Congress “to advance priorities, including repealing gun manufacturers’ liability shields.” She added that he “will look for opportunities to be engaged” on the background check bills.

Democrats still face political headwinds. A Gallup poll last November found that while 57% of Americans want stricter gun laws, that marked the lowest number in favor since 2016. And gun sales hit a new record high in January, continuing a surge over the past year.

Republican Sen. Pat Toomey of Pennsylvania and Democratic Sen. Joe Manchin of West Virginia, a moderate, have worked together for years to find compromise on background checks.

In a statement, Toomey’s office said the senator remains supportive of a previous bipartisan proposal with Manchin but believes “progress is only possible on this issue if the measure in question is narrow and protects the rights of law-abiding gun owners.”