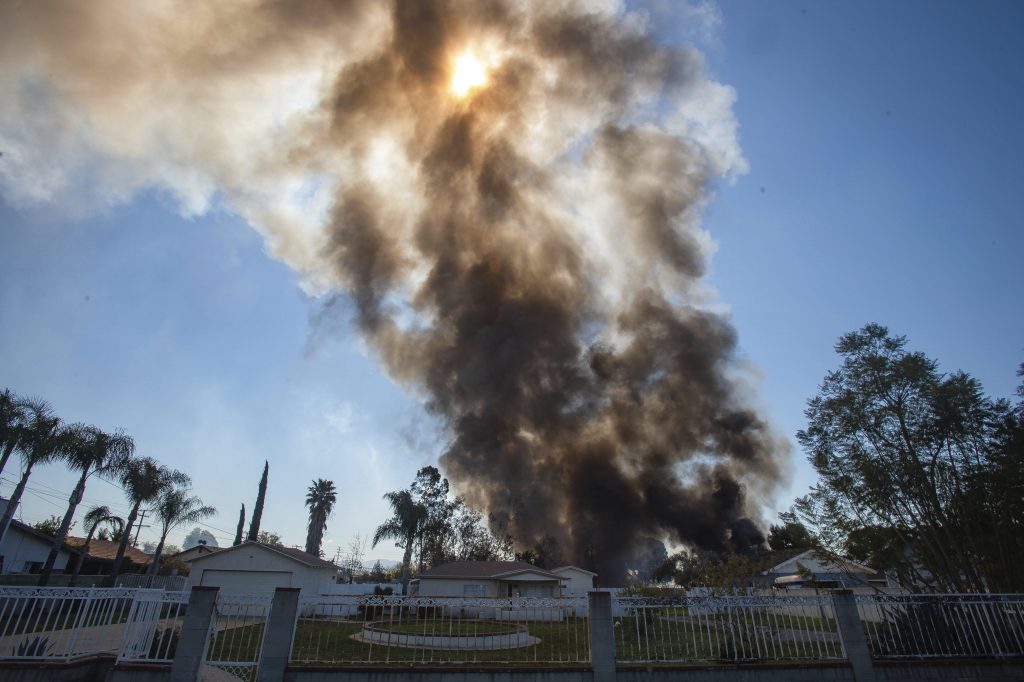 Two people were killed when a large fireworks stash exploded Tuesday in inland Southern California, setting off a series of blasts that shattered windows across the residential neighborhood and sent up a huge plume of smoke, authorities said.

Authorities — including the FBI — are investigating the explosion of commercial-grade fireworks in Ontario, about 35 miles (56 kilometers) east of Los Angeles. About 50 firefighters still worked to douse the flames three hours after the initial blast.

Fireworks are illegal in Ontario, as they are in many California cities. Ontario Police Chief Mike Lorenz said officers have been called to the area in the past on reports of fireworks being set off.

Officials didn’t immediately have information about where the cache in the explosion came from, or what was happening in the home where the blasts erupted.

“We don’t know anything about the fireworks right now,” Ontario Fire Chief Ray Gayk said during an afternoon news conference.

The two people who were killed appeared to be inside or around the home, Gayk said. Others nearby were able to escape.

Steve Bailey, who lives nearby, said his whole house shook from the initial explosion. “It felt like something hit the roof, or a car crashed into the house,” Bailey told ABC 7.

TV news footage showed at least one home burning and a shed and scattered debris on fire in a large backyard.

Firefighters managed to free a horse on the property that was trapped against a fence near a pile of burning debris.

Several neighbors said windows at their homes were shattered by the initial blast.