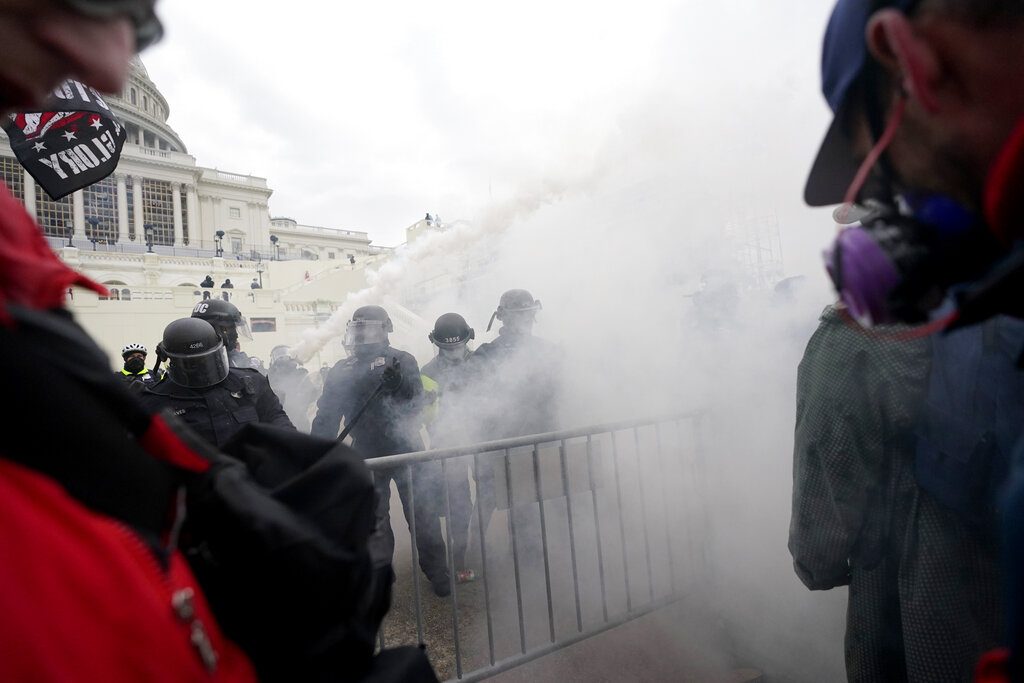 The Justice Department on Monday charged two suspects whom it alleged worked together to spray a chemical irritant on three Capitol Police officers on Jan. 6, one of whom later died.

Julian Elie Khater and George Pierre Tanios are facing multiple counts, including assaulting police with a deadly weapon, after investigators said they sprayed at least three officers with an unidentified, but powerful, chemical agent.

One of those officers, Brian Sicknick, was later rushed to a hospital and died the next day.

Khater and Tanios are not charged with killing Sicknick.