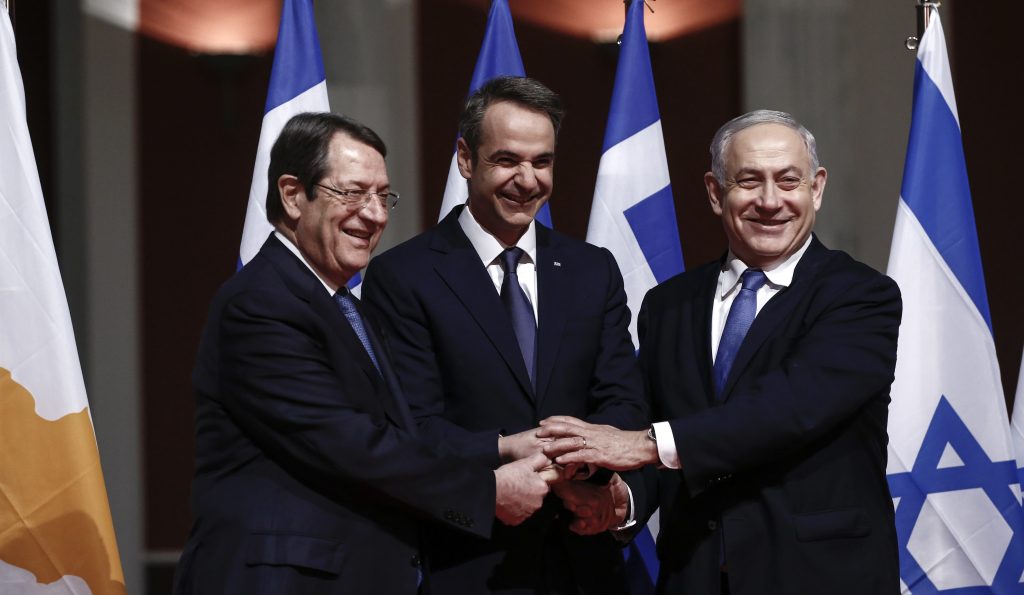 Turkey formally protested against the agreement, arguing that the route of the planned cable, expected to be funded by the EU, transgressed Turkish territorial waters, the Anadolu Agency reported. In diplomatic protest notes presented to Greek, Israeli and EU diplomats in Ankara, Turkish officials also stated that the three countries needed to seek Turkey’s approval before conducting feasibility studies, the agency reported.

The three countries reached an agreement last week to expedite permits and approvals to conduct feasibility studies for the undersea cable and to coordinate with their respective national electricity regulators on how best to proceed.

Previously, the three countries had teamed up for a planned $6 billion undersea pipeline to carry gas from new offshore deposits in the southeastern Mediterranean to continental Europe, by bypassing Turkey.

Israel, Greece and Cyprus have also conducted a joint naval exercise last week, in the latest example of increased cooperation between the three which increasingly view Turkey as a rival in the Mediterranean Sea.

Greece and Cyprus are embroiled in a dispute with Turkey, which has sent gas prospecting vessels into waters claimed by Greece and drilling ships into an area where Cyprus claims exclusive rights. The tension brought NATO allies Greece and Turkey close to open conflict last year, but tensions have eased since then.