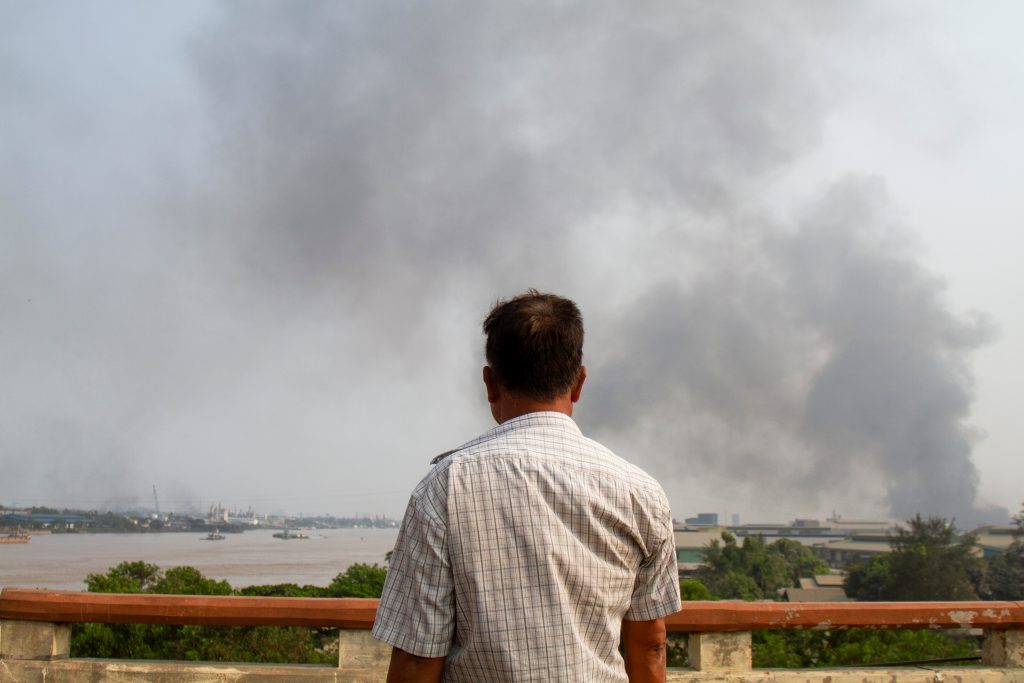 Supporters of detained elected leader Aung San Suu Kyi took to the streets again despite the killing of dozens of protesters on Sunday in the bloodiest day since a military coup on Feb. 1 ignited mass demonstrations nationwide.

Marches took place on Monday in the second city Mandalay and in the central towns of Myingyan and Aunglan, where police opened fire, witnesses and media reported.

The Myanmar Now media outlet reported three people were killed in Myingyan and two in Aunglan, while a journalist in Mandalay said one person was shot dead there after a big protest had passed off peacefully.

The deaths bring the total toll from the protests to about 140, based on a tally by rights group Assistance Association for Political Prisoners (AAPP) and the latest reports.

A junta spokesman did not answer calls requesting comment.

The martial law announcement stated that military commanders in Yangon would take over administration of districts, including the courts, MRTV said.

The courts martial had the authority to hand down the death sentence or long prison terms for a range of offences. These included treason and dissent, obstructing the military or civil service, spreading untrue information, and crimes related to unlawful association.

Arson attacks on Sunday against 32 Chinese-invested factories in an industrial suburb of Yangon prompted China’s strongest comments yet on the turmoil gripping its neighbour, where many people see Beijing as supportive of the coup.

China’s Global Times newspaper said the factories were “vandalised in vicious attacks” that caused damage worth $37 million and injuries to two Chinese employees. Its embassy urged Myanmar’s generals to stop the violence.

“We wish that Myanmar’s authorities can take further relevant and effective measures to guarantee the security of the lives and assets of Chinese companies and personnel,” foreign ministry spokesman Zhao Lijian said in Beijing.

He did not mention the deaths of the protesters.

The worst of Sunday’s bloodshed took place in the Yangon suburb of Hlaingthaya, where security forces killed at least 42 protesters after the factory attacks, according to a doctor who asked not to be identified.

At least 16 people were killed in other places, AAPP said, as well as one policeman.

In an apparent bid to suppress news of the turmoil, telecoms service providers were ordered to block all mobile data nationwide, two sources with knowledge of the matter said. Telecom Telenor said in a statement “mobile internet was unavailable”.

The army said it took power after its accusations of fraud in a Nov. 8 election won by Suu Kyi’s National League for Democracy (NLD) were rejected by the electoral commission. It has promised to hold a new election, but has not set a date.

The military has ruled Myanmar for most of the years since independence from Britain in 1948, and had cracked down hard on previous uprisings before agreeing to the latest attempt at a transition to democracy, now derailed.

Suu Kyi, 75, has been detained since the coup and faces various charges, including illegally importing walkie-talkie radios and infringing coronavirus protocols. Last week, the junta accused her of accepting illegal payments but she has not yet been charged with that.

Western countries have called for Suu Kyi’s release and condemned the violence and Asian neighbours have offered to help resolve the crisis, but Myanmar has a long record of rejecting outside intervention.

Tom Andrews, the United Nations human rights investigator on Myanmar, appealed for U.N. member states to cut the supply of cash and weapons to the military.

The International Labour Organization said trade unionists have been arrested and harassed in door-to-door searches while others are in hiding. The International Trade Union Confederation reported widespread restrictions on workers’ rights since the coup.