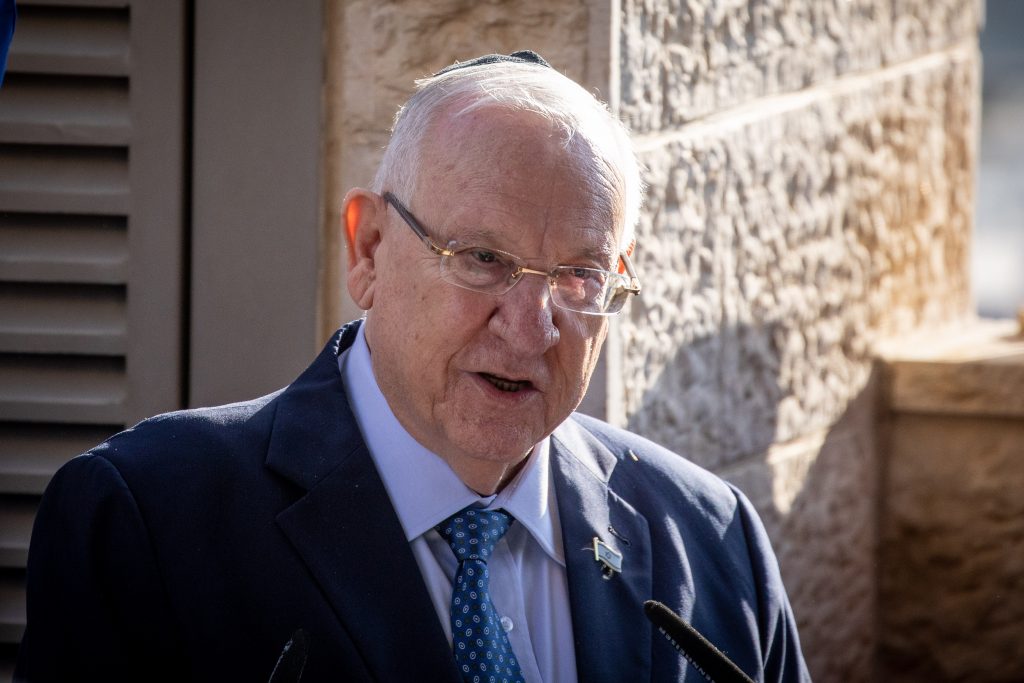 President of Israel Reuven Rivlin will make a short visit to Europe on Tuesday, for a series of meetings in Berlin, Vienna and Paris. The president will be accompanied by IDF Chief of Staff Lt.-Gen. Aviv Kochavi, who will brief the European presidents on security matters.

Speaking about the visit, the president said, “This important diplomatic visit I am taking, together with the Chief of Staff, is highly significant at this time. Europe is showing an extraordinary commitment to the security of the State of Israel and to preserving the stability of the Middle East and we appreciate it deeply. There is currently an opening of hope that moderate voices in our area will strengthen and we will do everything possible to allow those voices to be heard. But at the same time, extremist voices – especially Iran – are threatening to undermine this stability.

“It is important to ensure that the international community is ready, determined and uncompromising, to oppose Iran’s nuclear plans and its support for terrorist organizations that threaten Israel and regional security. My agenda for this trip also includes the misuse of the International Criminal Court (ICC) against our soldiers and citizens.”

Rivlin is scheduled to meet on Tuesday with President of Germany Dr. Frank-Walter Steinmeier in Berlin, with German foreign minister Heiko Mass.

On Wednesday, he goes to Vienna where he sees President of Austria Alexander Van der Bellen. President Rivlin and President Van der Bellen will then deliver remarks at a memorial ceremony for victims of the Holocaust at the monument to the memory of Austrian Jews.

On Thursday morning Rivlin will hold a working meeting with President Emmanuel Macron of France at the Palais de l’Elysée, the French presidential palace, in Paris, before returning to Israel.