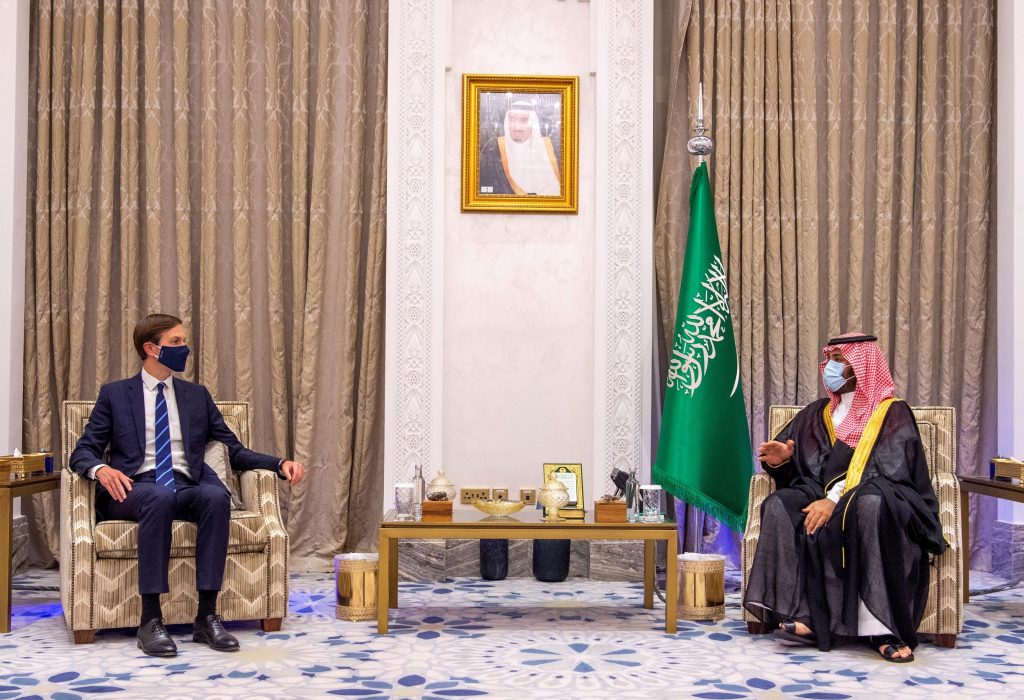 In an op-ed in the Wall Street Journal on Sunday, Jared Kushner wrote that Israel and Saudi Arabia are close to sealing a normalization deal and called on President Joe Biden to seize the opportunity.

“The kingdom dipped a toe in the water by granting overflight rights to Israel and, most recently, allowing an Israeli racing team to participate in the Dakar Rally,” wrote Kushner. “The Saudi people are starting to see that Israel is not their enemy. Relations with Israel are in the Saudi national interest and can be achieved if the Biden administration leads.”

But Saudi Arabia is not the only country closing in on deals with Israel, claims the former adviser to President Donald Trump, whose team helped to broker Israel’s normalization pacts with the United Arab Emirates, Bahrain, Qatar and Morocco.

“There are also several more countries on the brink of joining the Abraham Accords, including Oman, Qatar and Mauritania,” he added. “The table is set. If it is smart, the Biden administration will seize this historic opportunity to unleash the Middle East’s potential, keep America safe, and help the region turn the page on a generation of conflict and instability.”

Kushner also noted that “[t]he Biden administration, however, has one asset that the Trump administration never had — a relationship with Iran. While many were troubled by the Biden team’s opening offer to work with Europe and rejoin the Iran deal, known as the Joint Comprehensive Plan of Action, I saw it as a smart diplomatic move. The Biden administration called Iran’s bluff. It revealed to the Europeans that the JCPOA is dead and only a new framework can bring stability for the future. When Iran asked for a reward merely for initiating negotiations, President Biden did the right thing and refused.

“Mr. Trump has said that Iran has never won a war but never lost a negotiation. This negotiation is high-stakes and, thanks to his policies, America holds a strong hand. Iran is feigning strength, but its economic situation is dire and it has no ability to sustain conflict or survive indefinitely under current sanctions. America should be patient and insist that any deal include real nuclear inspections and an end to Iran’s funding of foreign militias.

“If the threat from Iran decreases, so can the region’s military budgets. Imagine how many lives could be improved if that money, an outsize share of gross domestic product, were invested in infrastructure, education, small business and impoverished communities.”

Kushner concluded his column by saying that “[i]t is time to begin a new chapter of partnership, prosperity and peace.”