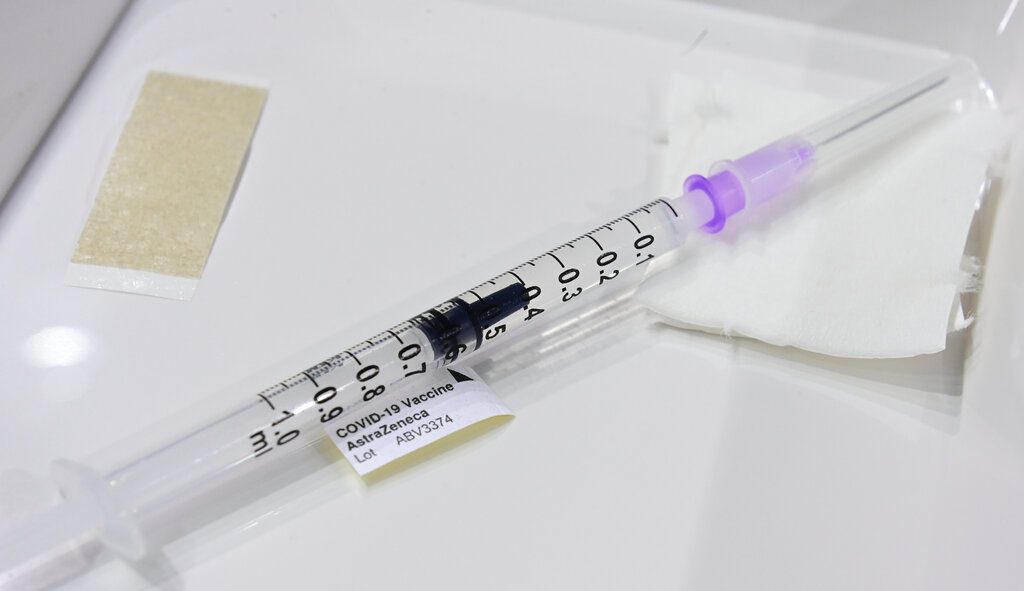 Germany, France and Italy on Monday became the latest countries to suspend use of AstraZeneca’s COVID-19 vaccine over reports of dangerous blood clots in some recipients, though the company and European regulators have said there is no evidence the shot is to blame.

French President Emmanuel Macron says that France is suspending the use of the AstraZeneca coronavirus vaccine use out of precaution.

Macron told a news conference Monday that French authorities have decided to suspend shots at least until Tuesday afternoon, when the European Medicines Agency will issue its recommendation over the vaccine. He didn’t elaborate on the reasons for the decision.

He said France hopes to be able to vaccine again with AstraZeneca shots “soon.”

Other countries, including Germany on Monday, said it would temporarily halt the use of the vaccine as a precaution amid reports that some people developed blood clots after receiving the shot.

AstraZeneca and global health authorities insist the shot is safe.

Germany on Monday became the biggest country in Europe to suspend use of AstraZeneca’s COVID-19 vaccine over reports of dangerous blood clots in some recipients, though the company and European regulators said there is no evidence the shot is to blame.

The country’s health minister said the decision was taken on the advice of Germany’s national vaccine regulator, the Paul Ehrlich Institute, which called for further investigation into seven reported cases of clots in the brains of people who had been vaccinated.

Several countries, starting with Denmark last week, have temporarily halted use of the AstraZeneca vaccine in recent days to investigate cases of blood clots that occurred after vaccination. They include Ireland, Thailand, the Netherlands, Norway, Iceland, Congo and Bulgaria.

Last week, Germany was one of several nations that stuck by the shot.

Blood clots can travel through the body and cause heart attacks, strokes and deadly blockages in the lungs.

AstraZeneca has said that there is no cause for concern with its vaccine and that there were fewer reported thrombosis cases in those who received the shot than in the general population.

The European Medicines Agency and the World Health Organization have also said that the data does not suggest the vaccine caused the clots and that people should continue to be immunized.

Spahn, the German health minister, said of the decision to suspend the AstraZeneca shot: “The most important thing for confidence is transparency.”

Spahn said the European Medicines Agency would determine whether and how the new information will affect the authorization of the vaccine across the continent and expressed hope that the Amsterdam-based regulator would make a decision on the issue this week.