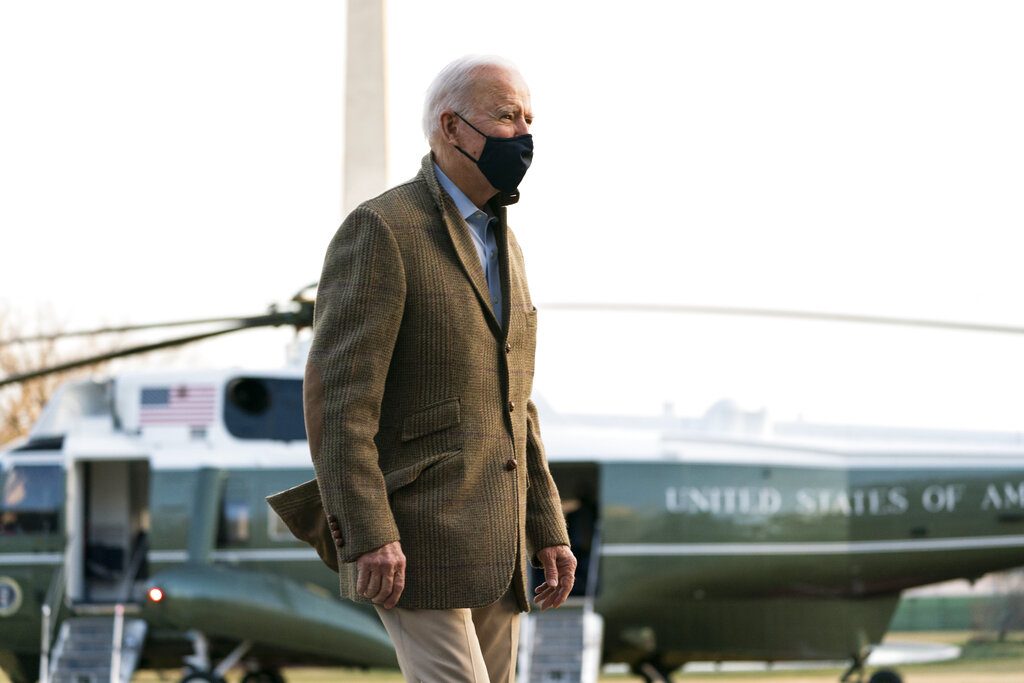 President Joe Biden, Vice President Kamala Harris and their spouses have begun an ambitious, cross-country tour this week to highlight the benefits of his $1.9 trillion plan to defeat the coronavirus and boost the economy.

The road show — dubbed the “Help is Here” tour by the White House — began Monday with Harris heading to a COVID-19 vaccination site and a culinary academy in Las Vegas and first lady Jill Biden touring a New Jersey elementary school.

The president will have more to say about the plan Monday at the White House, and he is scheduled to visit a small business in Delaware County, Pennsylvania, on Tuesday. He and Harris are slated to appear together in Atlanta on Friday.

The stops at vaccination sites, businesses, schools and more are meant to educate the public about different aspects of the giant American Rescue Plan and how it will help people get to the other side of the coronavirus pandemic.

Biden has said President Barack Obama’s administration, in which Biden was vice president, failed to adequately educate the public about the benefits of its economic recovery plan. The president has said he wants to do a better sales job this time around on the details of his first big legislative victory and he began last week with a pair of high-profile speeches, one in prime time, the other from the Rose Garden.

Biden is also expected to tap Gene Sperling, a longtime Democratic economic policy expert, to oversee the implementation of the massive stimulus package, according to officials not authorized to speak publicly about personnel matters. Sperling’s position could be announced as soon as Monday.

An extension of federal unemployment benefits will continue through Sept. 6 at $300 a week. There’s $350 billion for state, local and tribal governments, $130 billion for K-12 schools and about $50 billion to expand COVID-19 testing, among other measures.

Restaurants and bars that were forced to close or limit service will take advantage of a new multibillion-dollar grant program, and the plan also has tens of billions of dollars to help people who have fallen behind on their rent and mortgage payments.

The bill cleared Congress without any backing from Republicans, despite polling that found broad public support for the plan. Republicans argued the bill was too expensive. Democrats provided the votes and Biden signed it into law last week.

The White House has detailed a theme for each day, scheduling a focus on small businesses, schools, warding off evictions, and direct checks. Jill Biden will be joined by New Jersey Gov. Phil Murphy on a tour Monday of Samuel Smith Elementary School in Burlington, where she is expected to talk about how the plan will help families and communities, and highlight steps the school took to reopen.

In addition to the president, vice president and their spouses, Cabinet secretaries will also be out on the tour. Hundreds of mayors and governors, including Republicans, are being lined up to give interviews to discuss what the plan means for their communities.