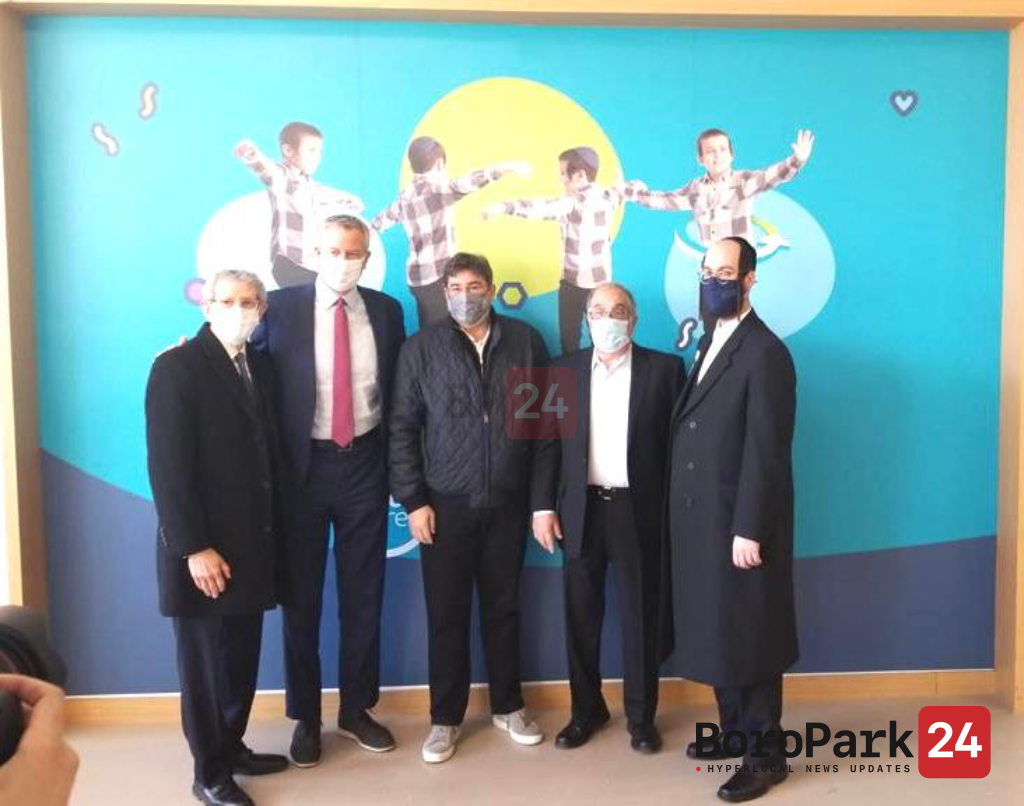 As part of his ongoing tour of vaccination sites around the city, on Sunday Mayor Bill de Blasio popped into Ezra Medical Center at 1278 60th Street in Boro Park, to speak with Holocaust survivors who were getting their shots.

The mayor was made aware of a need for the vaccination process to be streamlined for Holocaust survivors after he had invited to Gracie Mansion a group of Orthodox Jewish leaders in February, who provided what the mayor described the next morning at his daily press conference as “a very moving discussion.”

“The most pointed part of the discussion revolved around seniors [who are Holocaust survivors], who literally experienced one of the most horrific events in world history,” the mayor told reporters at a press conference the following day.

Ever since becoming eligible to get vaccinated in January, many senior citizens in New York City have found it difficult to register online, make appointments, and navigate crowds at mass vaccination sites.

Feeling that the city’s Holocaust survivors need extra help, care, and concern as they navigate a sometimes-frustrating process of getting vaccinated, organizations including the Boro Park Jewish Community Council (BPJCC), the Boro Park Y, and Ezra Medical Center teamed to up to make things easier, faster, and more pleasant for them, by providing a transportation and a local vaccination site.

De Blasio described his participation with the Ezra Medical Center’s efforts to vaccinate the city’s many Holocaust survivors “as a special effort to reach these New Yorkers who have been through so much, but who still by their very perseverance give us so much hope.”