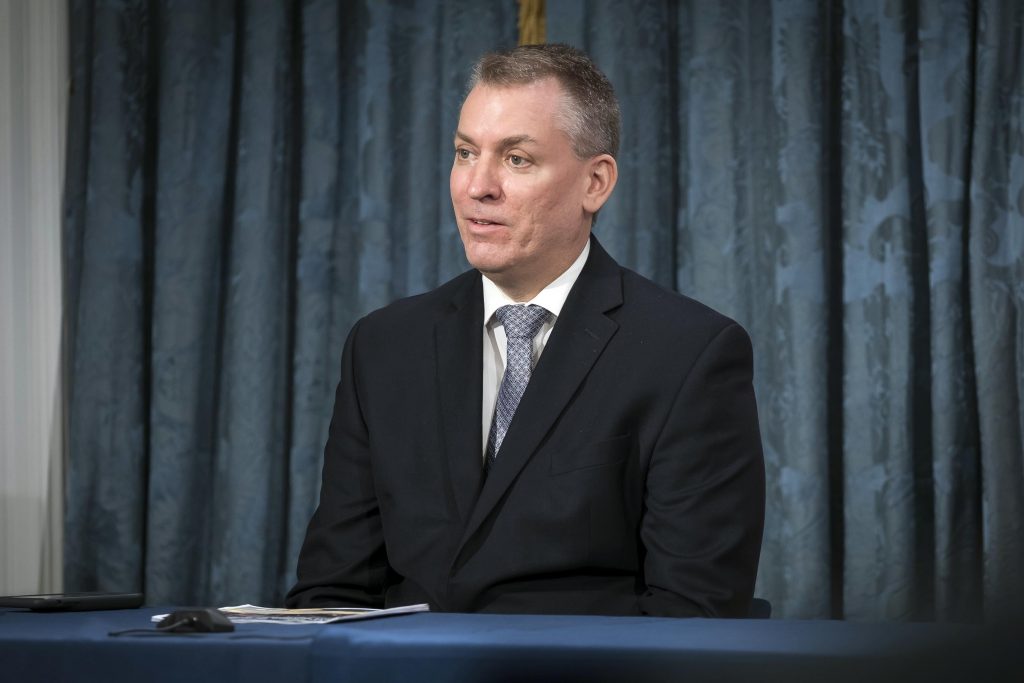 Mayor Bill de Blasio released the second part of his administration’s plan to ease tensions between the Police Department and local communities on Friday, hailing it as a “remarkable effort … for making the NYPD more effective, more responsive, more sensitive to communities, for drawing communities and NYPD closer.”

The non-binding series of 28 reform proposals came from suggestions presented during dozens of public meetings between the public and members of the NYPD and city staff.

The NYPD worked alongside community leaders and organizers to set up these town halls and to craft the reform package.

“[We] worked together, alongside each other, is the fabric of this reform plan that you see now,” said Police Commissioner Dermot Shea. “We heard a lot from New Yorkers across New York City.

It was the latest of several reports aimed at police reform and easing tensions between the NYPD and low income African-American and Latino communities that have persisted for years, but were enflamed over the past summer over several high-profile incidents of African-Americans dying after aggressive encounters with police officers.

“It is about creating a better city, not just replacing the status quo of the past. It means a city where everyone is respected and heard,” said de Blasio at his press conference.

The mayor noted several persistent problems the city was confronting: the lack of opportunities for young people in low income communities that made them vulnerable to crime, an overreliance on violence to take control of a  situation by police, and communities finding themselves policed by outsiders as opposed to people from the neighborhood who are familiar with them and their situations.

In order to address the problems, the NYPD will put new trainings in place and revoke street patrol from police officers who have had confrontations with members of the public. There will be  a focus on hiring and promoting men and women from local communities to be the officers assigned to protecting their neighborhoods.

“When people see an NYPD that reflects their community and its composition, that hears their community and makes adjustments and changes based on community concerns, that is resilient in the sense that it grows and moves with the times and new understandings,” said de Blasio. “That becomes NYPD that has the active support of communities.”