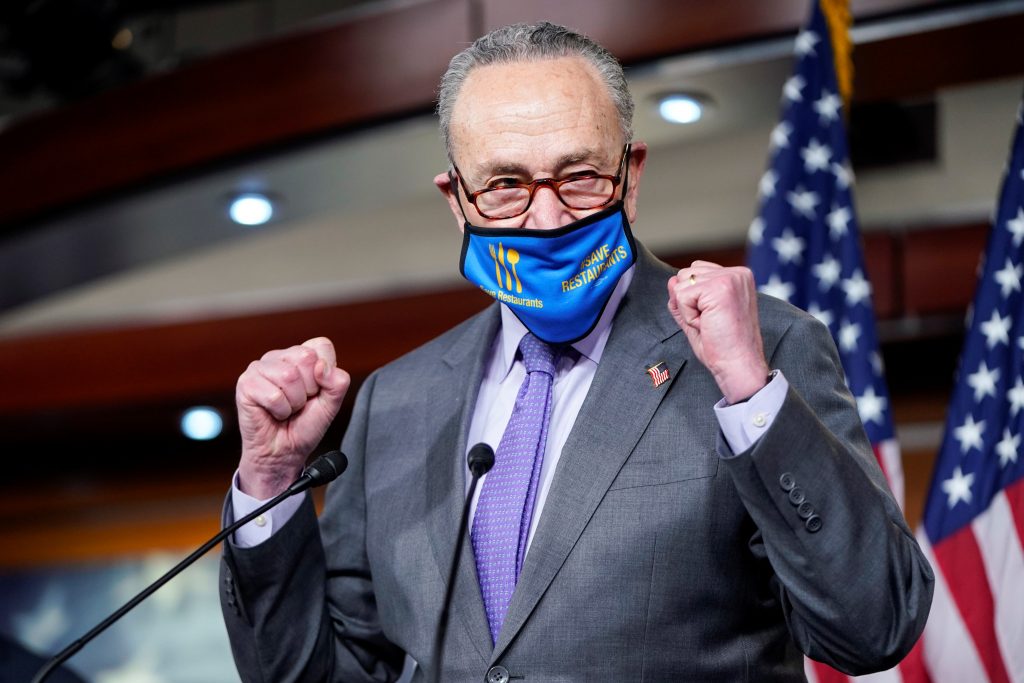 New York’s two U.S. senators joined other leading Democrats in urging New York Governor Andrew Cuomo to resign on Friday after another former worker came forward to accuse him of misconduct in the workplace.

Chuck Schumer, the Senate majority leader, and Kirsten Gillibrand joined others including Representative Alexandria Ocasio-Cortez in calling on the three-term Democratic governor to resign.

Cuomo again repeated his denial of the allegations on Friday and said it was “reckless and dangerous” for politicians to ask him to resign before they have all the facts.

“Wait for the facts. An opinion without facts is irresponsible,” Cuomo said on a call with reporters.

Hours after the governor’s call with reporters, Schumer and Gillibrand became the highest-profile national politicians to urge him to resign.

“[I]t is clear that Governor Cuomo has lost the confidence of his governing partners and the people of New York,” the two senators said in a joint statement.

The new calls for Cuomo to resign came a day after more than 55 Democratic New York state lawmakers urged him to step down, and the state legislature said it would open an impeachment investigation into the allegations.

The legislative inquiry will run parallel to an investigation led by the office of New York State Attorney General Letitia James.

The two senators joined at least 16 of the 27 members of New York’s U.S. congressional delegation in urging Cuomo to quit, calling into question the political future of the high-profile Democratic figure, who gained national prominence for his leadership during the peak of his state’s COVID-19 crisis.

White House Press Secretary Jen Psaki said on Friday that President Joe Biden “certainly supports” the state attorney general’s investigation into the allegations. She added that the president and his COVID-19 response team would continue working with Cuomo on vaccination rollout in New York.