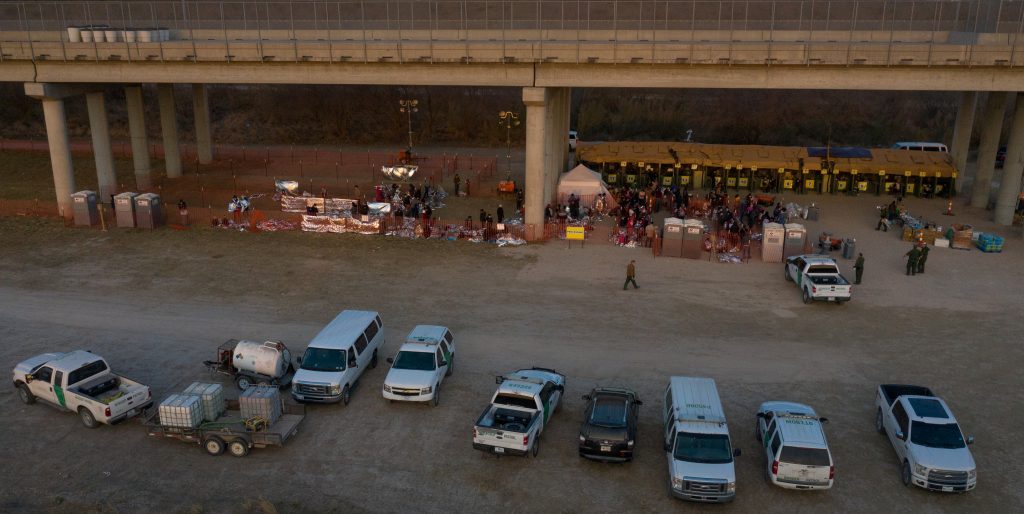 The Biden administration is mobilizing the Federal Emergency Management Agency to help care for the overwhelming number of unaccompanied migrant teens and children filling detention cells and tent shelters along the Mexico border, the Department of Homeland Security said Saturday evening.

The FEMA deployment will support what DHS called a 90-day government-wide effort at the border, where the Biden administration is struggling to care for a record number of teenagers and children arriving without their parents. The minors are arriving at a rate that far exceeds authorities’ ability to house them.

“The federal government is responding to the arrival of record numbers of individuals, including unaccompanied children, at the southwest border,” DHS said in a statement.

Conditions inside U.S. border stations have deteriorated in recent days, according to lawyers who represent migrant children, becoming dangerously overcrowded with nearly 4,000 minors who are jam-packed in holding facilities and jail cells designed for adults.

Another 8,500 teens and children are in Health and Human Services custody awaiting placement with parents or other relatives already living in the United States. HHS has been unable to add capacity fast enough to get the minors out of Border Patrol sites, which are essentially police stations.

Soon after taking office, President Joe Biden said his administration would no longer turn back unaccompanied minors who cross the border without their parents, a policy that the Trump administration implemented using an emergency health order. Immigrant activists and child advocates denounced the practice for denying minors the opportunity to apply for asylum in the United States while exposing them to potential risks in Mexico.

Biden officials have not said why they did not anticipate or better prepare for the unprecedented surge that has occurred since then in the Rio Grande Valley of South Texas, where as many as 700 teens and children have crossed without parents in recent days.

During the first major influx of migrant teens and children in 2014, the Obama administration also deployed FEMA, which helped set up temporary shelters and processing stations on military bases. The DHS statement did not indicate where FEMA might find shelter space for the teens and children, but officials have used hotels along the border since the start of the pandemic to house minors.

The government will “look at every available option to quickly expand physical capacity for appropriate lodging,” DHS said.

“A Border Patrol facility is no place for a child,” DHS Secretary Alejandro Mayorkas said in the agency’s statement. “We are working in partnership with HHS to address the needs of unaccompanied children, which is made only more difficult given the protocols and restrictions required to protect the public health and the health of the children themselves.”

DHS continues to use the public health order to “expel” single adults and some of the families that have also begun arriving in soaring numbers. Last month, border agents made more than 100,000 arrests and detentions along the border, and this month they are on pace to take more than 130,000 into custody.

The latest HHS and DHS statistics show about 75 percent of the minors are ages 15 to 17. But some of those in custody are age 6 or even younger, and the specialized care they require has placed significant strain on federal agencies.

Homeland Security officials have asked employees to volunteer to go to the border immediately to help care for the minors and assist with administrative duties and security functions.