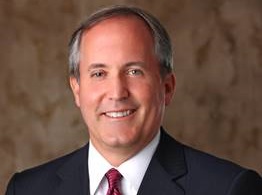 Acting on his threat, Texas Attorney General Ken Paxton sued Austin and Travis County officials on Thursday over their decision to continue requiring mask-wearing in public.

Paxton had threatened a suit after the local officials decided Tuesday to exempt the city and county from Gov. Greg Abbott’s lifting of the state’s mask mandate Wednesday.

In announcing their opt-out Tuesday from Abbott’s order, Austin Mayor Steve Adler and Travis County Judge Andy Brown said they were merely enforcing the COVID-19 prevention rules made by Dr. Mark Escott, medical director and health authority for the city and county, as they contend state law provided.

“Judge Brown and I will fight to defend and enforce our local health officials’ rules for as long as possible using all the power and tools available to us,” Adler said in a statement. “We promised to be guided by the doctors, science and data as concerns the pandemic and we do everything we can to keep that promise.”

Adler added: “We are not aware of any Texas court that has allowed state leadership to overrule the health protection rules of a local health authority.”

In a 25-page petition filed Thursday in Austin, Paxton asks a state district judge to block city and county officials from enforcing their mask mandate.

The petition states: “This case raises a pressing question: who is ultimately responsible for responding to the COVID-19 pandemic and other emergencies?”

State officials reported that 4,053 new confirmed and probable COVID-19 cases Thursday raised the Texas pandemic total past the 2.7 million level to 2,704,344. Of those, the Texas Department of State Health Services estimated that 121,882 cases were active Thursday and 4,406 hospitalizations Wednesday, the latest data available. Both numbers are declines from the previous day.

According to Johns Hopkins University researchers, Texas has seen 45,807 COVID-19-related deaths during the pandemic after the 231 fatalities the state reported Thursday. The rolling average number of daily new cases has decreased over the past two weeks by 1,497.7, a decrease of 23.3%.