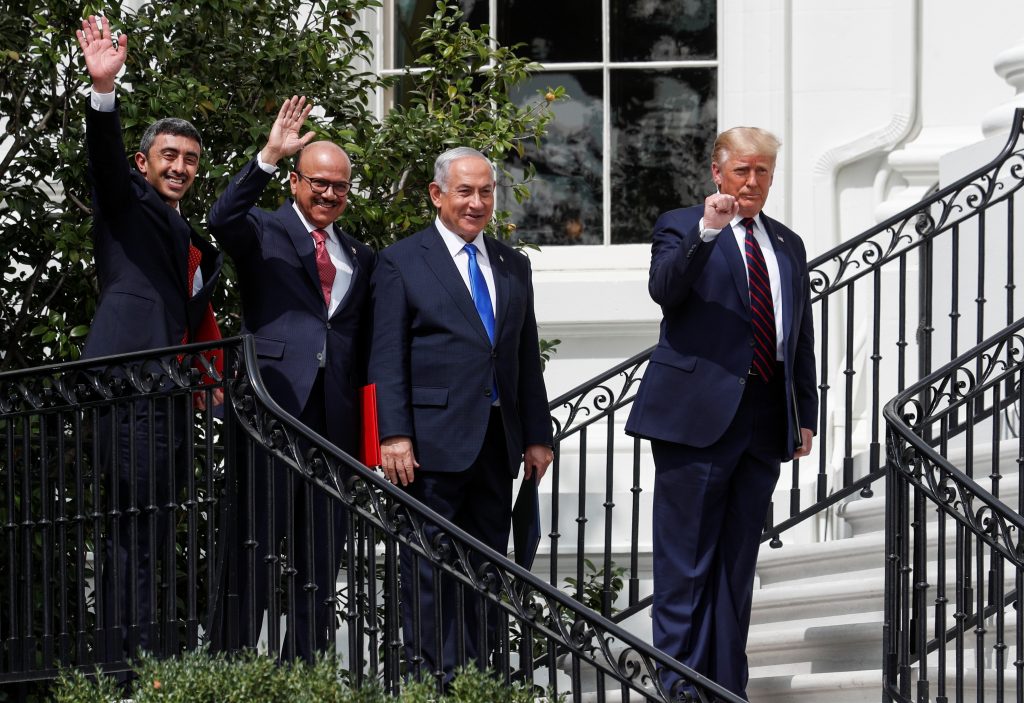 Prime Minister Binyamin Netanyahu was due to visit the United Arab Emirates on Thursday but postponed the trip due to difficulties in coordinating an air corridor over Jordan, his office said.

The trip would have been the first by a leader of Israel, which formalized relations with the Gulf power last year, as well as a foreign policy flourish for Netanyahu ahead of his bid for re-election on March 23.

The UAE has not formally confirmed the planned visit, which leaked to Israeli media on Wednesday. According to a statement issued by Netanyahu’s office, he and Abu Dhabi’s Crown Prince Sheikh Mohammed bin Zayed al-Nahyan agreed to reschedule.

A hold-up in overflight permission from Amman for Netanyahu’s plane “apparently” stemmed from the cancellation of a visit by Jordanian Crown Prince Hussein bin Abdullah to the Al Aqsa mosque compound on Wednesday over a dispute regarding security arrangements at the site, the statement said.

Permission eventually came through but too late for Netanyahu’s itinerary, which included meeting his visiting Hungarian and Czech counterparts later on Thursday, it said.

Netanyahu had been due to visit the UAE and Bahrain – which also has newly established ties with Israel – last month but postponed that trip citing COVID-19 travel restrictions.

Israeli officials said earlier on Thursday that Netanyahu’s wife Sara had been hospitalized with appendicitis – another possible factor, local media said, in the deferral of the UAE visit.

Jordan’s ruling Hashemite dynasty is the custodian of the Al Aqsa compound. Israel maintains security around the site.