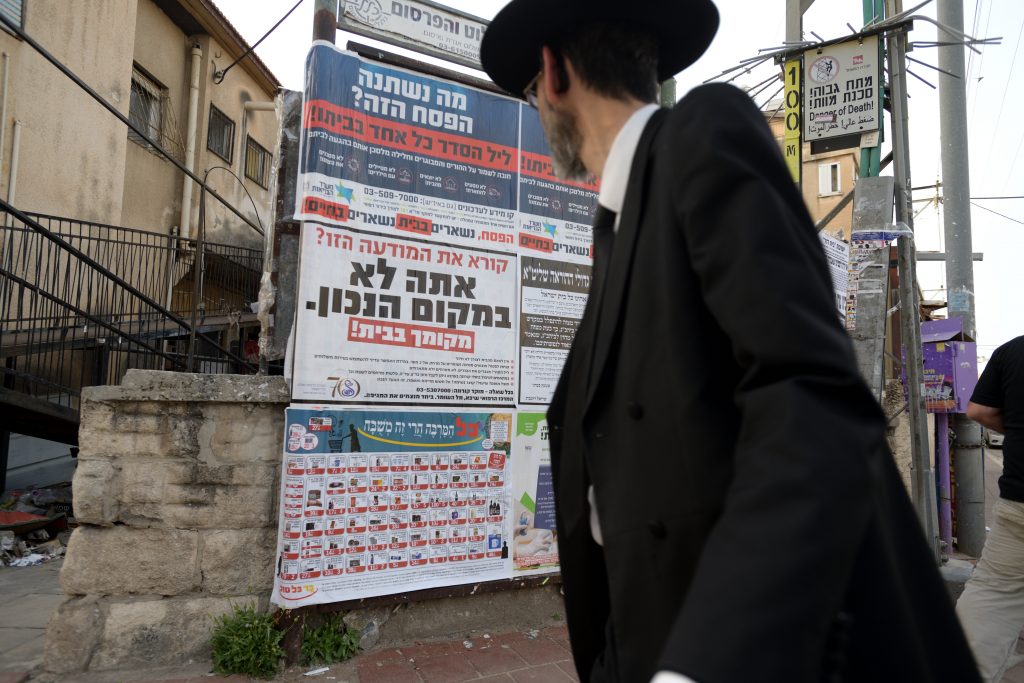 Reports of racist or discriminatory behavior in Israel rose threefold in 2020 compared to 2019, a new official report shows.

The report by the national Anti-Racism Coordinating Unit, presented to acting Justice Minister Benny Gantz on Wednesday, showed that 27% of the incidents reported last year were directed at Israelis of Ethiopian origin, 27% at Arabs and 19% against chareidim.

The unit, which was set up to lead and coordinate the fight against racism in the civil service, includes reporting on government activities to prevent racism and discrimination, monitoring the implementation of racism eradication recommendations by various ministries and handling complaints of institutional racism and discrimination in the public service received from citizens.

Officials at the unit say that the dramatic rise in reports stems from the impact of the coronavirus pandemic and reached a peak at around the time of the March 2020 election.

Some 27% of complaints incidents involved Ethiopian Jews, 27% Arabs, 19% chareidim, 7% Jews from the former Soviet Union and 20% other groups.

The unit received reports of advertisements that portrayed the chareidi community as coronavirus spreaders.

One complaint was made regarding discrimination against chareidi mothers about to give birth. The complaint stated that the women at a ward in a public hospital were separated from the rest of the ward’s occupants and humiliated.

Following the incident, the Health Ministry ordered all hospitals to provide equal treatment to all sectors, stating that the health system would not tolerate any racism, and that medical treatment should not be based on demographics.

“The increase in complaints over the past year and the populations that contacted the office shows the importance of the unit and the strengthening of public confidence in it,” said acting Justice Ministry Director-General Sigal Yaakovi.

“The persistence of the coronavirus crisis further emphasizes the importance of unity in this period in particular. The unit and the Justice Ministry will continue to work steadily and resolutely to reduce racism and discrimination,” she said.

“We work to eradicate institutional racism wherever it is. The unit is an important institution in the fight against racism and has managed to win public trust, which is reflected in the volume of complaints submitted to it,” he said.

“The unit will continue to work on changing systemic denial mechanisms and will point out the racist attitudes and forms of behavior that exist in the civil service.”