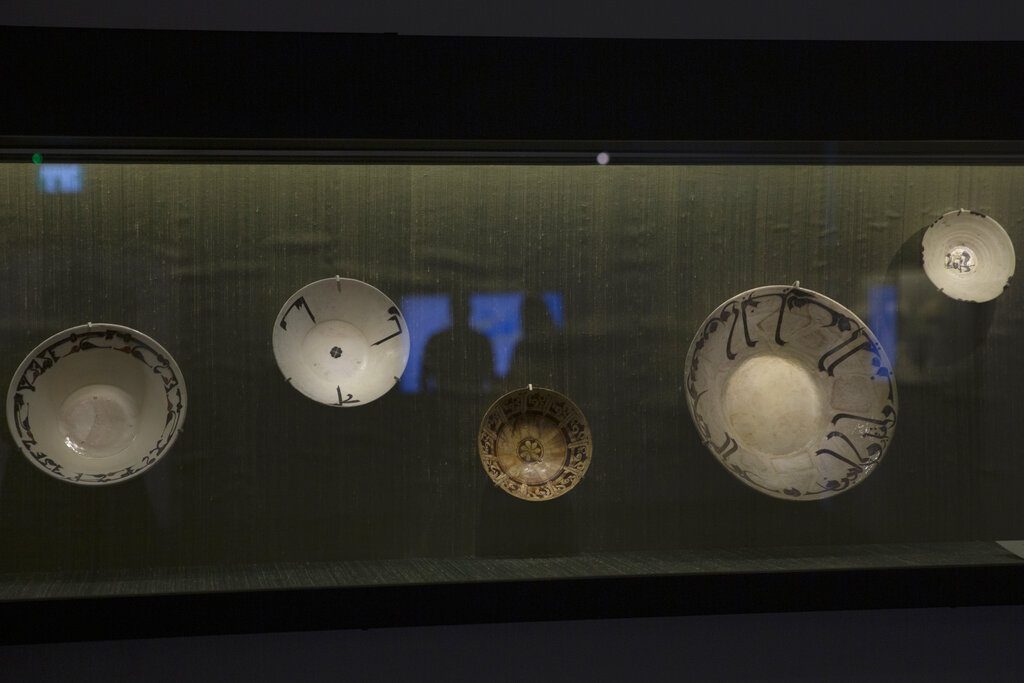 Israel’s premier museum for Islamic art has scrapped the planned auction of scores of rare and precious items after public outcry over the attempted sale, which had been expected to fetch millions of dollars from wealthy private collectors.

In a settlement struck Wednesday, the Sotheby’s auction house agreed to return 268 items from London back to the L.A. Mayer Museum for Islamic Art in Yerushalayim.

The agreement ends a saga that drew broad condemnation and threatened to gut one of Israel’s prized public art collections. Art experts criticized the attempted sale to private collectors, saying it had been hidden from the public and violated the museum’s founding mission to edify the Israeli public about the Islamic world through art.

As part of the arrangement, the Al Thani Collection, an art foundation funded by the ruling family of the energy-rich Gulf Arab state of Qatar, “will generously provide an annual sponsorship to the L.A. Mayer Museum for Islamic Art” for 10 years, while one of the Islamic Art Museum’s pieces will be given on long-term loan to the Al Thani Collection’s gallery at the Hotel de la Marine in Paris.

The Israeli daily Haaretz said that Sotheby’s would receive a 2 million pound cancellation fee. Neither Sotheby’s nor the museum would provide details on the fee or the annual funding for the museum, though the auction house said “given the circumstances, Sotheby’s reduced its withdrawal fees.”

The item to be loaned is an intricately decorated, 11th-century silver jug, part of a hoard of silver objects discovered in the early 20th century near Nivahand, in northeastern Iran. The item was purchased early last century by art collector Ralph Harari, who later sold it to the museum’s founder, Vera Salomons.

An Arabic inscription beneath a frieze of running animals on the jug reads: “Perfect blessing, lasting wealth, abundant happiness and overall security to its owner.” It was not one of the items originally up for auction at Sotheby’s in October sale.

The Islamic Art Museum and the Hermann de Stern Foundation, which had initiated the Sotheby’s auction, welcomed the agreement, saying it “will ensure the continued operation of the museum over time.”

“This is a truly momentous final outcome and we are thrilled to be partnering with The Al Thani Collection Foundation in this way to further our shared aims of increasing cultural exchange, while allowing the museum to continue to enhance art and culture for the benefit of the Israeli public and art lovers,” the museum and the foundation said in a joint statement.

The Al Thani Collection said it was “very pleased to play a part in the survival of a unique institution that makes a meaningful difference to the communities around it.”

The items from the museum’s collection, including several centerpiece objects and prized antique watches, were slated for auction at Sotheby’s in October. The Hermann de Stern Foundation, a Liechtenstein-based trust that funds the bulk of the museum’s budget, said the sale was aimed at covering the cost of maintaining the institution. It insisted that it had the legal right to sell the items.

The Hashava Foundation, an Israeli art theft prevention organization, petitioned the Supreme Court in November to halt the auction. It said the sale was “in gross violation” of Israel’s laws governing museums and antiquities, and that it would cause “irreversible damage and major loss to the general public.”

Meir Heller, Hashava’s founder, said the organization was proud that the petition “achieved its aim and brought about the return of this rare and precious collection to Israel and its exhibition for the public.”

The museum was established in the 1960s by Salomons, the scion of a British-Jewish aristocratic family who died in 1969, and named for Leo Arie Mayer, a prominent scholar of the Middle East. It is home to thousands of Islamic artifacts dating from the 7th to the 19th centuries. It also has a collection of antique watches handed down by the Salomons family, including dozens by the famed Parisian horologist Abraham-Louis Breguet. His timepieces adorned European royalty in the 17th and 18th centuries, including Marie Antoinette.

Among the items that were to be auctioned were a 15th-century Ottoman helm inlaid in silver calligraphy, a 12th-century bowl depicting a Persian prince and a collection of antique watches, including three designed by Breguet.

The removal of the artwork drew public outcry by Israeli President Reuven Rivlin, Israeli Culture Minister Hili Tropper, museum curators and academics, and forced the postponement and eventual halt to the auction.

“I am delighted that all our strenuous efforts to preserve intact the entirety of the collection of the L.A. Mayer Museum have come to such a successful conclusion,” Tropper said, saying the Al Thani Collection Foundation’s “generosity is a great tribute to the spirit of cross-cultural cooperation.”