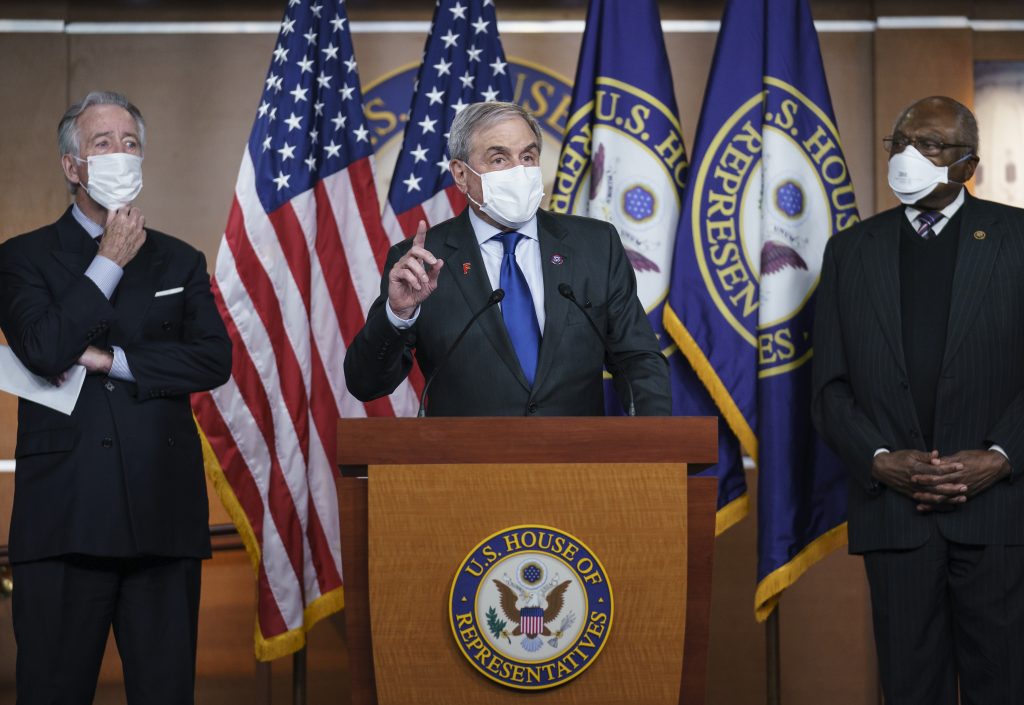 The House of Representatives voted on Tuesday to advance President Joe Biden‘s $1.9 trillion COVID-19 relief bill, clearing the way for the measure to be considered on Wednesday, when it is expected to pass.

The House voted 219-210 along party lines to advance the measure to a final debate and vote. No Republicans voted yes, and just one Democrat voted no. The bill’s expected approval on Wednesday will enable the Democratic president to sign the legislation into law later this week.

Passage of the massive package, one of the biggest U.S. anti-poverty measures since the 1960s, would give Biden and the Democrats who control Congress a major legislative victory less than two months into his presidency.

The House will consider the legislation starting at 9 a.m. on Wednesday, House Majority Leader Steny Hoyer told reporters. The bill was sent over to the House on Tuesday morning from the Senate.

“Today we are on the doorstep of history. We are about to send the most sweeping and progressive economic investment in modern times to the President of the United States,” Representative Jim McGovern, a Democrat and chairman of the House Rules Committee, said on the House floor.

“This bill attacks inequality and poverty in ways we haven’t seen in a generation,” McGovern said, noting it included an expansion of the Affordable Care Act healthcare program, popularly known as Obamacare, as well as measures to cut child poverty in half.

But Republican Representative Michael Burgess said the aid was not well targeted, providing $1,400 checks to anyone making $75,000 a year or less, “including those who may not have lost their jobs or experienced reduced employment” because of the coronavirus. He said the bill provided $125 billion to schools “even if they remain closed.”

During the debate, multiple Republican members repeatedly asked unanimous consent to call up another measure, the Reopen Schools Act, but were ruled out of order.

The Senate, where Democrats have effective control, passed its version of the bill on Saturday after a marathon overnight session. The chamber eliminated or pared back some provisions in an original House bill, including an increase in the federal minimum wage to $15 an hour.

The changes the Senate made must be approved by the House before it can make its way to Biden‘s desk.

Representative Hakeem Jeffries, a member of the House Democratic leadership, told reporters earlier on Tuesday, “We’ll pass it, hopefully with some Republican votes.”

But Republicans, who broadly supported economic relief early in the coronavirus pandemic, have criticized the price tag of the relief package. It now appears likely to go to Biden without a single Republican voting for it in either the House or Senate.

“We are going to be saddled with a spending burden and a tax burden that is really indefensible from the perspective of what it actually accomplishes,” she said.

Democrats hold a very narrow majority in the House, meaning that without any Republican support, they can afford to lose only a handful of votes by their own members against the bill. They lost two moderate Democrats the first time the bill went through the House, but one of those, Representative Kurt Schrader, said he changed his mind and backed the Senate-passed version.

Some liberal House Democrats have criticized the Senate’s amendments. But Representative Pramila Jayapal, who heads the Congressional Progressive Caucus, told reporters she thought members of her group would back the legislation.

White House spokeswoman Jen Psaki has praised the legislation, saying that while there were some changes, it represented the “core” of what Biden originally proposed.