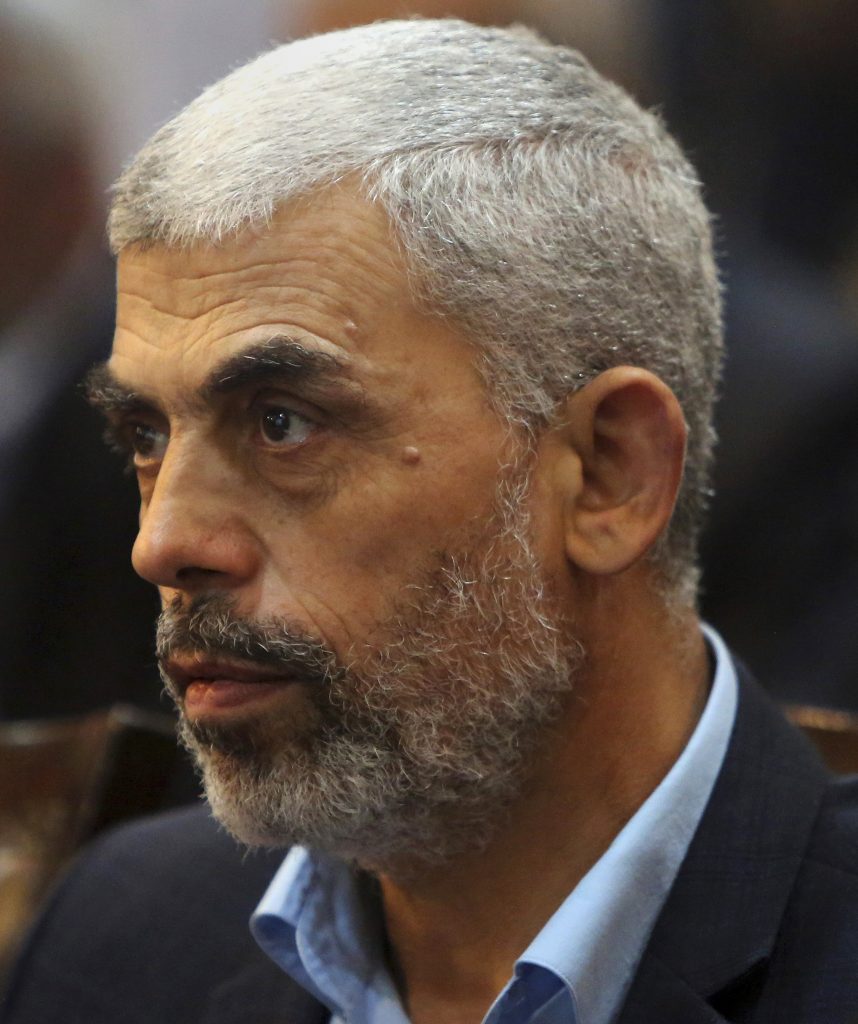 Hamas firebrand Yehiyeh Sinwar was re-elected on Wednesday as the Palestinian terror group’s leader in the Gaza Strip, leaving a figure closely aligned with the hard-line wing in charge of the group’s strategy in its main stronghold.

Bassem Naim, a senior Hamas figure, confirmed that Sinwar had fended off a challenge from Nizar Awadallah, one of Hamas’ founders. Sinwar will serve another four-year term.

His victory could have deep implications for Hamas’ relations with Israel and other regional players. It also could impact upcoming Palestinian elections, the first in 15 years.

Sinwar is a former member of the group’s militant wing who spent over two decades in an Israeli prison after being convicted of murdering two Israelis. He was released in a 2011 prisoner swap. Sinwar maintains close ties to the militant wing and has often promoted a confrontational approach toward Israel.

The Gaza Strip is Hamas’ most important area of activity. The Islamic group, which opposes Israel’s existence, violently seized control of the territory from the internationally recognized Palestinian Authority in 2007.

Since then, it has fought three wars and numerous skirmishes against Israel, holding on to power despite a crippling Israeli-Egyptian blockade that has devastated the economy.

Awadallah was one of Hamas’ founders in the late 1980s and has closer ties to the group’s political leaders.

Hamas’ political leaders have closer ties to Qatar and Turkey and tend to be more pragmatic in their dealings with Israel. The terror wing has closer ties with Iran and favors a more confrontational approach toward Israel.