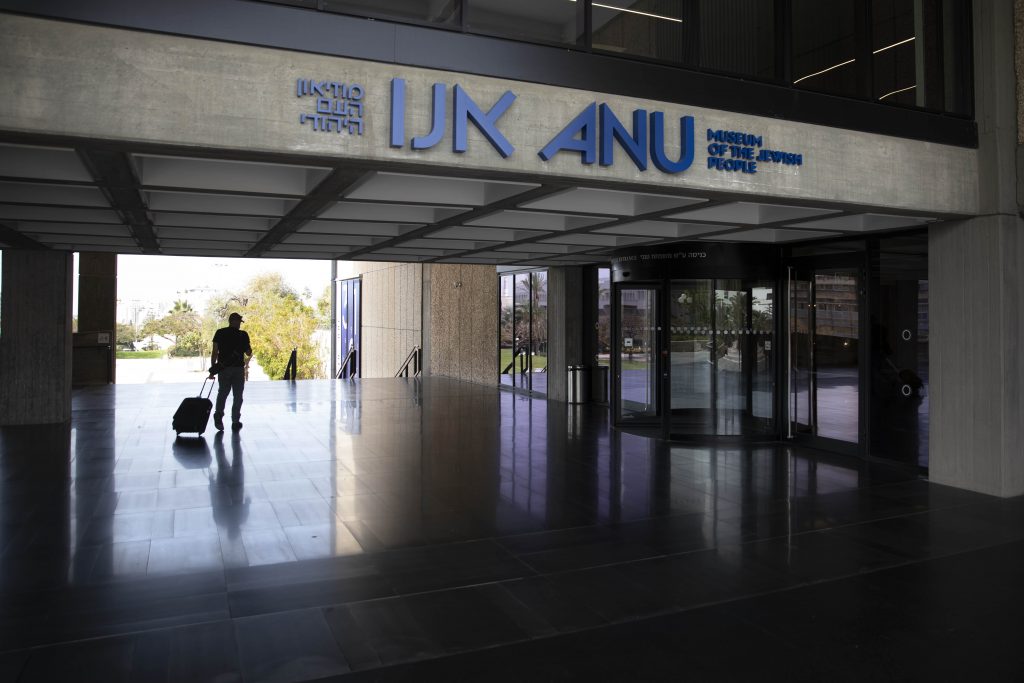 Tel Aviv’s newly revamped Museum of the Jewish People — formerly known as Beit Hatfutsot, Diaspora Museum, and newly branded as ANU, Hebrew for “We” — reopened to visitors this week after more than a decade of renovations costing $100 million.

Its exhibition space has tripled, making it the largest Jewish museum in the world, officials say. Its old galleries with dioramas and models from when it first opened in 1978 have given way to cutting-edge exhibits with interactive touchscreens and original artwork.

Close to a third of the renovation was financed by the Nadav Foundation of Russian-Israeli Leonid Nevzlin, a former oil magnate. Another $52 million came from other U.S.-based philanthropists and foundations, and $18 million from the Israeli government. Nevzlin’s daughter Irina, the wife of Israeli Health Minister Yuli Edelstein, serves as chair of the museum’s board of directors.

“Everyone walking in here needs to see themselves regardless of gender, denomination, ethnic background,” said Dan Tadmor, the museum’s CEO. “This is our story and you need to feel part of it.”

Scattered through 72,000 square feet of galleries are historical artifacts and mementos: a jawza — a type of stringed instrument — belonging to 20th-century Iraqi musicians known as the Al-Kuwaity brothers, a Book of Esther scroll from pre-Inquisition Spain, and a monumental carved stone from a first-century C.E. synagogue on the shores of the Lake Tiverya.

A major draw is the original artwork highlighting lesser-known historical figures such as Ottoman Jewish philanthropist Dona Gracia Mendes Nasi and the legendary Ethiopian warrior queen Yodit. Visitors can use a digital bracelet to capture memorable elements — from literary quotations, to recipes and family trees — and take them home by email.

Tadmor noted that the institution does not take a stance on the question of who is a Jew, currently raging in the country, after the High Court ruled that non-Orthodox conversions in Israel would be recognized.

“We’re nonpolitical. We don’t favor any denomination. We’re floating 20,000 feet above all of that,” he insisted. “We just want to make sure that everyone is represented and you don’t come out feeling like ‘I’m transparent.’”