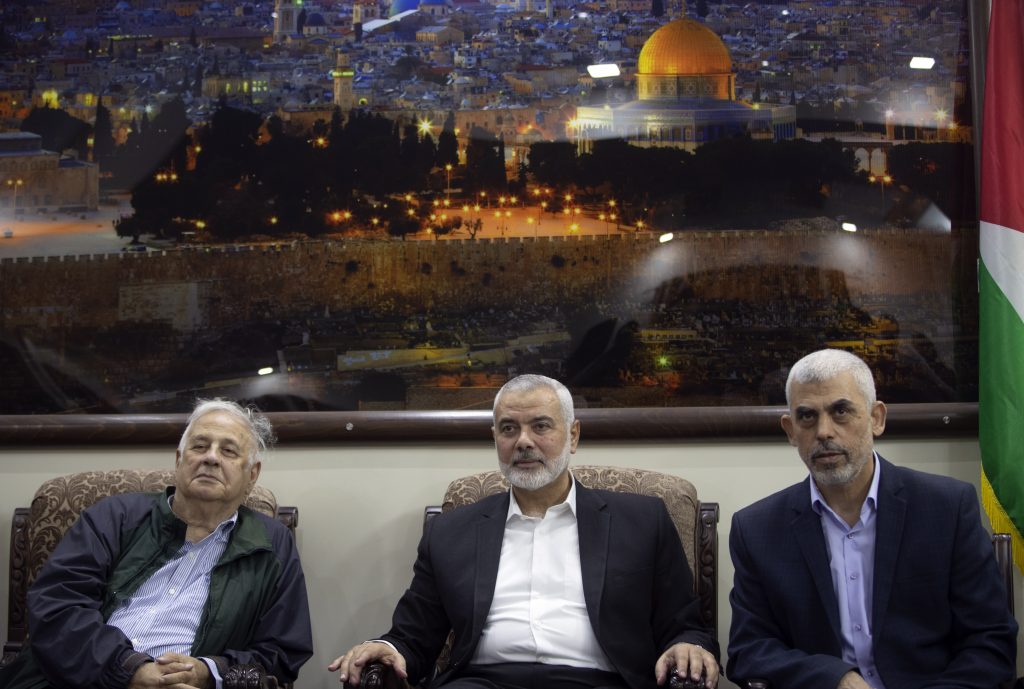 Gaza governor Yahya Sinwar lost a leadership election by seven votes and Hamas is holding a recount, according to a report on Lebanese al-Mayadeen on Tuesday.

Nizar Awadullah, a senior Hamas operative, was reportedly the winner in the upset.

No official confirmation has yet come from Hamas, which runs its internal elections, closely guarded over a period of months.

Sinwar, a terrorist who spent decades in Israeli jails, is said to be angling for the group’s top spot, hoping to replace political bureau chief Ismail Haniyeh.

Awadullah played a key role in the negotiations that led to the 2011 Gilad Shalit prisoner exchange between Israel and Hamas. He served as Gaza governor for the terror group in 2016, before Sinwar assumed the role.