Business Nasdaq Jumps 3.7%, Most in Nearly a Year, as Big Tech Surges
Business 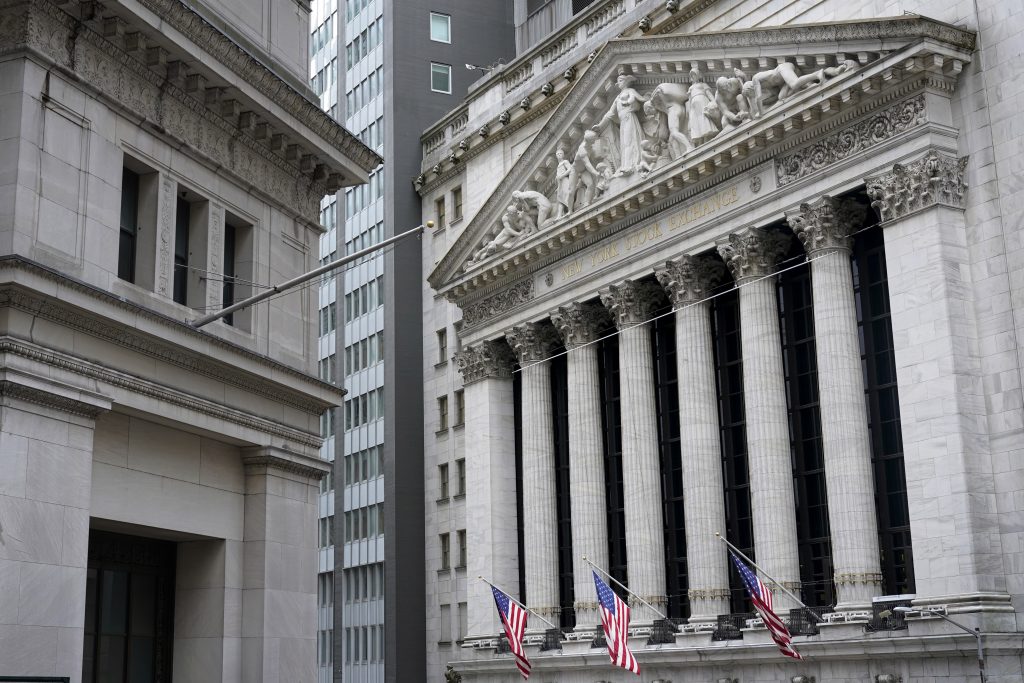 Technology companies powered stocks higher on Wall Street Tuesday, driving the Nasdaq to its biggest gain in nearly a year and more than making up for a sharp skid a day earlier.

The Nasdaq surged 3.7%, led by gains in Big Tech companies such as Apple, Amazon and Facebook. Despite its big day, the index remains 7.2% below its all-time high set Feb. 12. On Monday, it closed 10% below its peak, what is known as a “correction” on Wall Street.

The tech stocks rally, which helped lift the S&P 500 1.4%, followed a decline in bond yields, which have been increasing rapidly in recent weeks, driving up long-term interest rates. The yield on the 10-year Treasury note dropped to 1.54% after trading above 1.60% a day earlier.

Higher bond yields tend to pull money away from high-priced stocks like technology companies, which have been soaring through the pandemic and, as a result, have been beaten down in recent weeks as bond yields have marched higher.

“The yields being down took a little of the pressure off the tech stocks,” said Willie Delwiche, investment strategist at All Star Charts. “There’s still beneath the surface a buy-the-dip mentality and a belief that large-cap growth (stocks) are going to be a persistent leader in the market.”

The S&P 500 rose 54.09 points to 3,875.44. Communication companies and those that rely on consumer spending also helped lift the benchmark index, while financial, energy and industrial stocks lagged the broader market.

Some of the big technology stocks that fueled the market’s remarkable turnaround in 2020 after its initial plunge as the pandemic upended the global economy have been shedding gains in the weeks since the Nasdaq’s peak on Feb. 12. Apple, for example, was down 14% through the end of last week, while chipmaker Nasdaq was off 22.5% and Tesla was down 31%.

Financial sector stocks, which had benefited from the rise in bond yields, were the biggest decliners Tuesday. Bank of America fell 2.2%, while American Express slid 3.4%. Banks and credit card issuers tend to do well when interest rates are rising because they get to charge higher rates on loans.

Yields have been climbing with rising expectations for growth and the inflation that could follow. Higher yields put downward pressure on stocks generally, in part because they can steer away dollars that might have gone into the stock market into bonds instead. That makes investors less willing to pay such high prices for stocks, especially those that look the most expensive, such as technology stocks.

“We’re going through a regime change and it’s not dissimilar to what we saw last year,” said Kristina Hooper, chief global market strategist at Invesco. “Now we’re seeing the reverse of that and an abrupt move like that creates an environment in which investors start to worry about valuations.”

Striking the “correction” level for the Nasdaq is also important for many investors and traders who use technical indicators to decide when to buy or sell stocks. A correction is typically seen as a healthy moment for any market, giving investors a chance to pause and reallocate their investments without the volatility and stress that a bear market typically can bring.

Bond yields will likely continue rising throughout the year as part of the improving economy.

Investors have been betting that $1.9 trillion in coming government stimulus will help lift the economy out of its coronavirus-induced malaise. There are also investors who are betting that stimulus and an improving economy will result in some inflation down the road.

The U.S. economic aid package, passed narrowly by the Senate on Saturday, provides direct payments of up to $1,400 for most Americans and extends emergency unemployment benefits. It’s a victory for President Joe Biden and his Democratic allies, and final congressional approval is expected this week.

Meanwhile, GameStop jumped another 26.9%, giving the stock a gain of more than fivefold over the past two weeks. It’s now at $246.90, still down from its closing high of $347.51 on Jan. 27. Its roller-coaster ride started early this year, when it was trading below $19 a share before becoming the focus of an army of online investors seeking to drive it higher.