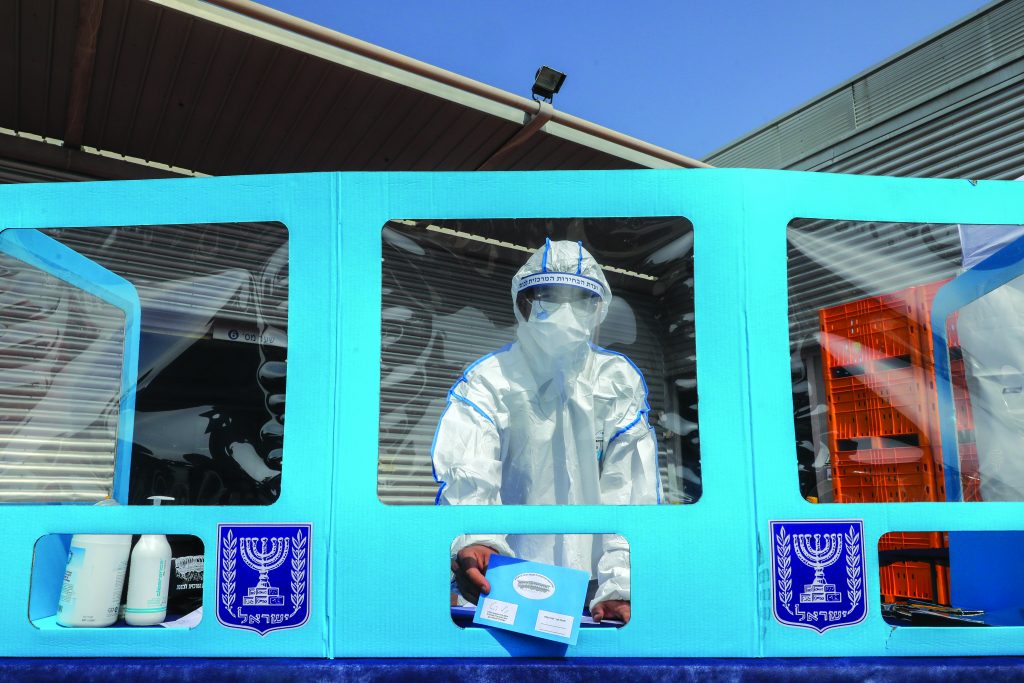 The Central Election Committee on Tuesday said that it is preparing to count more than half a million special ballots in the March 23 elections, because of coronavirus restrictions.

The committee warned this may delay the announcement of final election results.

Votes cast in special voting stations that will be placed in double envelopes, constitute 12% of eligible ballots and could represent up to 15 Knesset seats, which could change the final results.

The Election Committee warned that they it will only have 48 hours to count the special ballots because of the proximity to Pesach which begins only four days after Election Day.

Director General Orly Ades said she hoped her committee would be able to meet the challenge. “We’ve done all we can to enlist every possible resource,” she said.

With two weeks remaining until Israelis go to the polls, the Central Elections Committee on Monday revealed how it was preparing to let 37,000–40,000 coronavirus patients and 50,000 others in quarantine exercise their right to vote on Election Day.

Ades told a press briefing that the committee’s budget was NIS 282 million higher than the previous election campaign and will stand at a whopping NIS 674 million. The hike in funding she said, was necessary to set up more polling stations, hire extra staff and implement sanitation measures meant to safeguard the health of voters.

Ades said the problems could arise in polling stations serving coronavirus patients in and out of hospitals and those made to quarantine fearing contagion. Retirement home residents will also cast their ballots in special voting locations.

“Every delay will be critical,” she said.

The total number and locations of special polling stations remain uncertain as Israel moved to open its economy, a move whose repercussions on morbidity were still unknown.

Voting in hospitals will only be possible for patients who are mobile and can get to the polling station located in each ward. Bedridden voters will be able to use help from other patients in the ward.

The committee raised the possibility of setting up polling stations for patients and others in isolation inside buses that will remain stationary throughout Election Day to take some pressure off other stations.

The CEC will also offer a shuttle service for COVID-19 patients who are isolating at home. Patients will be required to register online in advance and schedule the time of departure from home to a designated polling station and back.

The committee is also examining a similar outline for other Israelis who are self-isolating at home, but ultimately, they may have to arrive at their designated polling station independently.

Ades also noted that the CEC was considering placing ballot boxes at Ben Gurion airport for Israelis returning from abroad on Election Day.