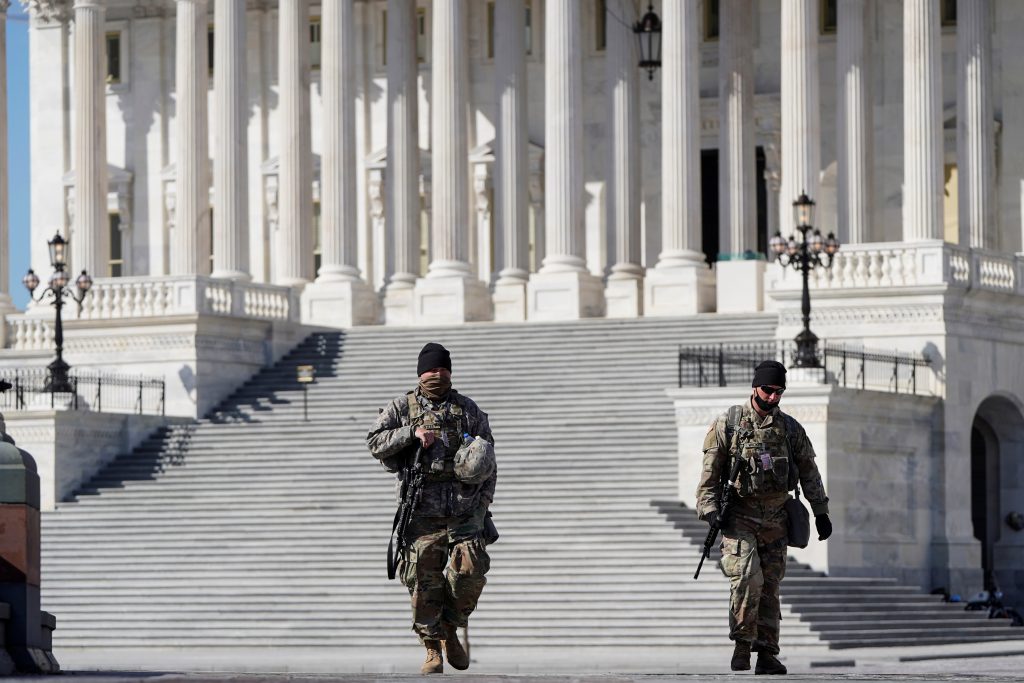 A task force report released on Monday recommended wide-ranging security upgrades at the U.S. Capitol and the creation of a quick-reaction force in Washington, while calling the U.S. Capitol Police poorly prepared for the Jan. 6 attack on the building.

The report was requested by House of Representatives Speaker Nancy Pelosi in the aftermath of the rampage by a mob left five people dead including a police officer.

The task force was broadly critical of the U.S. Capitol Police department’s preparedness in the run-up to the attack. The mob interrupted the formal congressional certification of President Joe Biden’s election victory over Trump and sent lawmakers into hiding for their own safety.

“The USCP were understaffed, insufficiently equipped and inadequately trained to secure the Capitol and members” of Congress, the report stated.

One recommendation called for eventually replacing the temporary fencing erected around the Capitol after the attack with an “integrated retractable fencing system.” There currently is no permanent barrier around the sprawling Capitol complex. Many lawmakers, while demanding improved security, also have been hesitant to make the area inaccessible to the public.

The task force recommended the formation of a “quick-reaction force” covering the entire city of Washington under the command of the District of Columbia National Guard by using military police from across the United States on temporary rotations.

The report noted that Washington is a “prominent tourist destination, venue for many peaceful First Amendment activities (referring to the constitutional right of free speech), and a high-value target for foreign terrorists or domestic extremists, yet it has no dedicated QRF (quick-reaction force) for response to crises.”

The report called for giving the commander of the D.C. National Guard emergency authority help quell large-scale, unexpected civil disturbances “where prior authorization by the president is impossible and local authorities are unable to control the situation.”

There currently are about 5,200 National Guard troops deployed to the Capitol until March 12. Capitol Police have asked the Pentagon to extend their mission.

The report also urged steps to improve some of the most rudimentary security features of the Capitol, such as hardening windows and doors in the building, hiring hundreds more police officers and reconstituting a disbanded mounted police unit.

Following the Sept. 11, 2001, attacks, Capitol Hill security was tightened but still was proven to be inadequate on Jan. 6, despite expectations of potential violence days before the attack. Lawmakers also have been demanding explanations for what was seen as a slow decision-making process for bringing National Guard troops to help quell the violence.

The breadth of shortcomings outlined by the task force ranged from inadequate technology, uneven and insufficient security for members of Congress while traveling and in their home states as well as the lack of basic equipment such as body cameras and earpieces that help officers communicate.

Better coordination among an array of law enforcement agencies, including several counties in neighboring Maryland and Virginia, also was recommended.

Congressional leaders planned to brief lawmakers on the report on Monday and appropriators were expected to seek approval of potentially billions of dollars in emergency funding to plug security gaps.