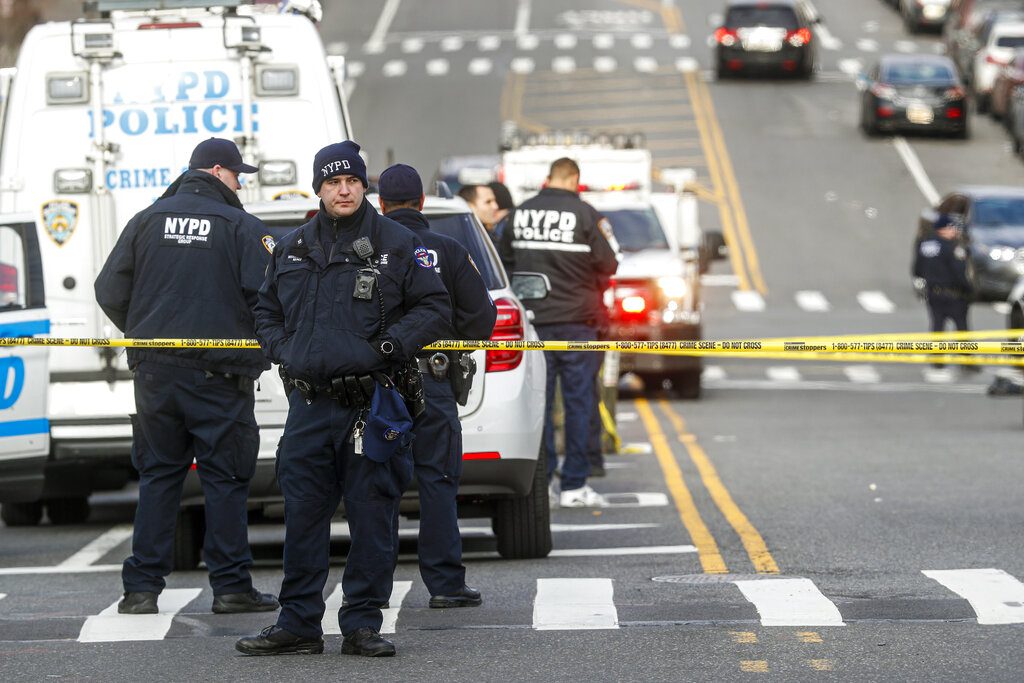 Two New York City police officers were shot when they were responding a 911 call in Brooklyn on Sunday night.

The officers from the 71st Precinct were responding to a 9:15 p.m. call from a panicked man who was hiding in a closet from his gun-wielding roommate.

When police arrived at the scene, the suspect left the apartment and opened fire at the officers, before running back into the apartment.

As neighbors fled from the sound of gunshots and locked their doors, a standoff ensued before police managed to subdue the suspect and take him into custody.

The suspect, who appeared to be emotionally disturbed, was taken to the hospital for evaluation.

The suspect’s roommate, who was shot in the legs, was taken to the hospital in stable condition. Another roommate was unharmed.

The incident was the fourth time in five months NYPD officers have been shot at crime scenes. All have emerged with only minor injuries, in two cases thanks to their bulletproof vests.