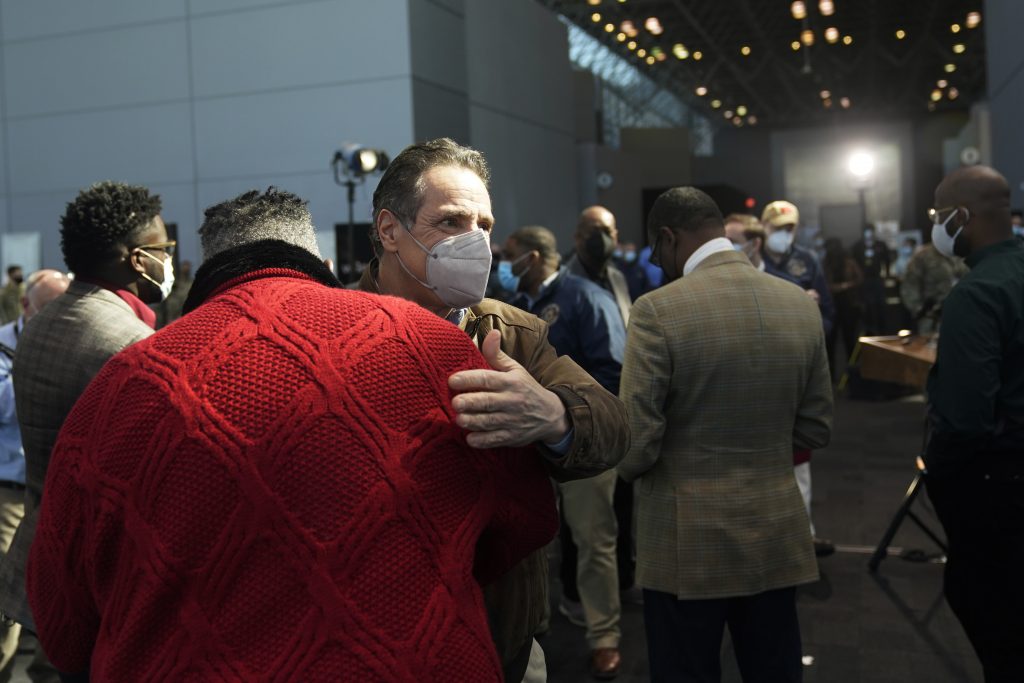 Joon Kim, who was the acting U.S. Attorney in Manhattan for parts of 2017 and 2018, will join the employment lawyer Anne Clark, in conducting the probe, the attorney general’s office said.

James said the pair are “independent, legal experts who have decades of experience conducting investigations and fighting to uphold the rule of law.”

“There is no question that they both have the knowledge and background necessary to lead this investigation and provide New Yorkers with the answers they deserve,” she said in a statement.

The appointments came as New York lawmakers were privately debating whether to join calls for Cuomo to resign from office, or urge patience while the investigation is ongoing.

A group of 21 women in the state Assembly released a statement Monday asking that James be given time to complete her probe.

Those lawmakers, who include the no. 2 Democrat in the Assembly, Majority Leader Crystal People-Stokes, began working on the statement Sunday night after the Senate’s top leader, Andrea Stewart-Cousins, called on Cuomo to resign.

“We continue to support our Attorney General, the first woman, and the first African American woman to be elected to this position, as she launches this investigation,” it said. “We request that she be allowed the appropriate time to complete her investigation rather than undermine her role and responsibility as the chief law enforcement officer of the state of New York.”

Cuomo, meanwhile, appeared with Black clergy members Monday at a vaccination site in New York City. The event was closed to reporters, but Cuomo said Sunday he has no intention of resigning and believes he can continue to govern.

James, a Democrat, has said she will hire an outside law firm to investigate Cuomo’s workplace conduct.

Separately, Cuomo is under fire for withholding data from the public and from state lawmakers on COVID-19 deaths among nursing home patients. Critics say they suspect the statistics were withheld to protect the Democrat’s image — a charge the governor has denied.

Assembly Speaker Carl Heastie, whose support would be vital for any effort to impeach Cuomo, stopped short of asking him to resign Sunday, but said: “I think it is time for the Governor to seriously consider whether he can effectively meet the needs of the people of New York.”

Assembly member Pat Fahy, who signed the letter from the 21 female lawmakers, said that she believes calls for a resignation or impeachment are undermining James’ ability to investigate harassment allegations.

“We have somebody we presumably trust and we finally have a women, a woman of color as the chief law enforcement officer for the state,” Fahy said. “Let’s suddenly not undermine her.”

“These calls I don’t think should be tried out in the press,” she said. “If the findings of the attorney general says that he is guilty of harassment, at that point the governor should step down.”