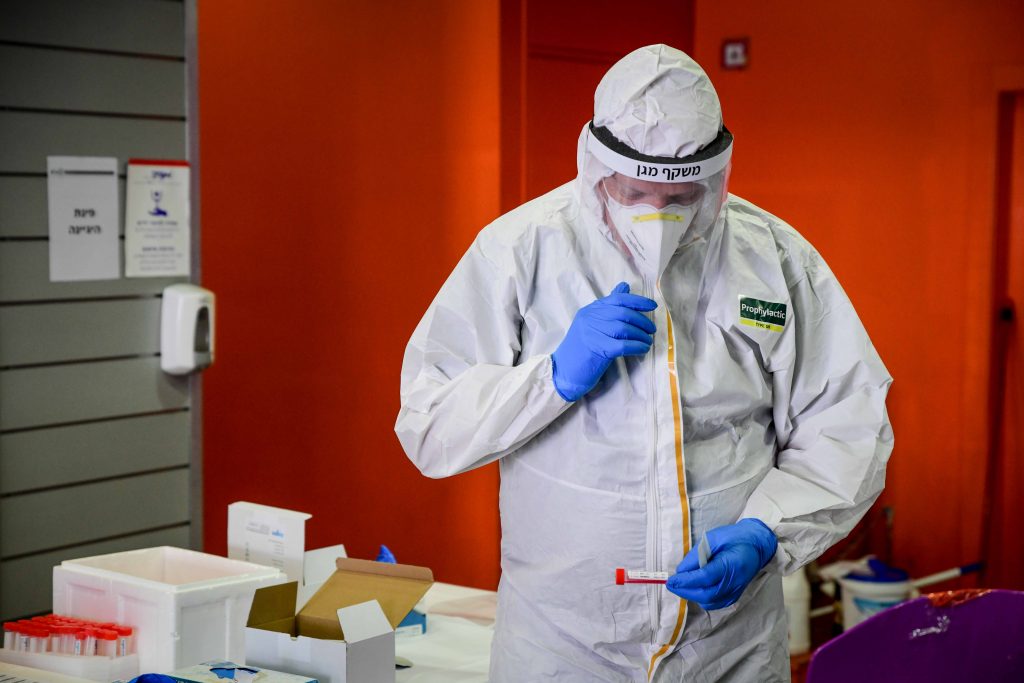 Officials are unable to trace the source of the first three cases of the so-called New York variant of the coronavirus found in Israel because the infected individuals have refused to cooperate with epidemiological investigators, Army Radio reported Monday.

The three cases were all in the same Yerushalayim family. They contracted the virus mutation in Israel.

According to the report, the Shin Bet’s surveillance program has also been unable to pinpoint the source of the infection or any possible new cases stemming from the family.

Kan News reported last week that officials are concerned the variant could already be spreading undetected in Israel.

Neither paper has been published or reviewed by other scientists. But both groups noted that the new variant has a mutation that could potentially weaken the effectiveness of vaccines.

They also found patients infected with the mutated virus, first detected in late November, were more likely to be older and have been hospitalized.

Viruses are constantly mutating as they spread and make copies of themselves. Some genetic tweaks can be concerning, especially if they help the virus spread more easily, make it more deadly or curb the effectiveness of vaccines.

New variants have been showing up throughout the pandemic, but three have so far been considered the most worrisome and been designated “variants of concern.” They were first detected in Britain, South Africa and Brazil but have spread to other countries.