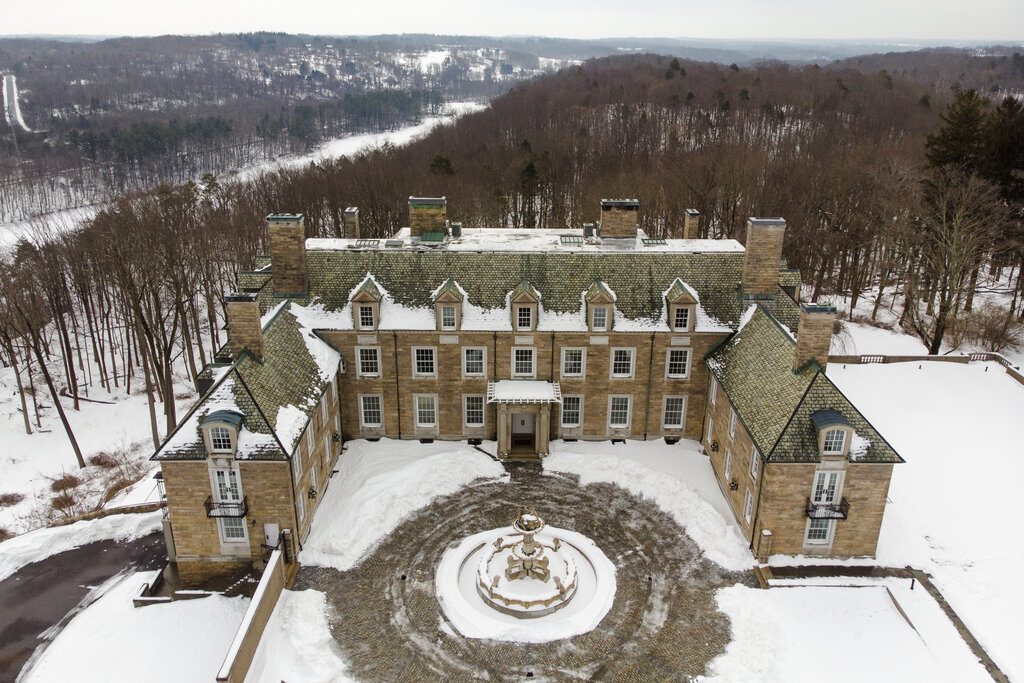 It’s sleepy by Donald Trump’s standards, but the former president’s century-old estate in New York’s Westchester County could end up being one of his bigger legal nightmares.

Both investigations focus on whether Trump manipulated the property’s value to reap greater tax benefits from an environmental conservation arrangement he made at the end of 2015, while running for president.

Purchased by Trump in 1995 for $7.5 million, Seven Springs drew renewed scrutiny as he prepared to leave office and was on the cusp of losing legal protections he had as president. Vance issued new subpoenas in mid-December, and a judge ordered evidence to be turned over to James’s office nine days after Trump departed Washington.

Seven Springs is an outlier in a Trump real estate portfolio filled with glossy high-rises and gold-plated amenities. It is listed on his website as a family retreat, although Trump hasn’t been there in more than four years.

At the heart of the estate is the mansion built as a summer getaway in 1919 by Eugene Meyer, who went on to become Federal Reserve chairman and owner of The Washington Post. In 2006, while pushing a plan to build luxury homes on the property, Trump floated the idea that he and his family were going to move into the mansion, but that never happened.

Trump paid about $2.25 million under the list price for Seven Springs, acquiring the land as part of an effort to jumpstart his fortunes after a series of failures in the early 1990s, including casino bankruptcies and the sale of his money-losing Trump Shuttle airline.

Trump envisioned transforming it into his first championship-caliber golf course, with an exclusive clientele and lofty membership fees.

He hired an architecture firm to plot fairways and greens but abandoned the effort when residents voiced concerns that lawn chemicals would contaminate neighboring Byram Lake, a local source of drinking water.

Trump then tried building houses. He proposed putting up 46 single-family homes, and after that plan also met community opposition, 15 mansion-sized dwellings which he described in 2004 as “super-high-end residential, the likes of which has never been seen on the East Coast.” The project was held up by years of litigation and no homes were ever built.

His development plans dashed, Trump opted for a strategy that would allow him to keep the property but reduce his taxes. He granted an easement to a conservation land trust to preserve 158 acres (60 hectares) of meadows and mature forest.

Trump received a $21 million income tax deduction, equal to the value of the conserved land, according to property and court records. The amount was based on a professional appraisal that valued the full Seven Springs property at $56.5 million as of Dec. 1, 2015.

That was a much higher amount that the evaluation by local government assessors, who said the entire estate was worth $20 million.

Michael Colangelo, a lawyer in the New York attorney general’s office, outlined the central question involving the Seven Springs easement at a hearing last year regarding a dispute over evidence.

“If the value of the easement was improperly inflated, who obtained the benefit from that improper inflation and in what amounts?” Colangelo said. “It goes without saying that the attorney general needs to see the records that would reflect the value of that deduction, as it flowed up to intermediate entities, and ultimately to Mr. Trump, personally.”

Seven Springs caught investigators’ attention after Trump’s longtime personal lawyer and fixer Michael Cohen told a congressional committee in 2019 that Trump had a habit of manipulating property values — inflating them in some cases and minimizing them in others to gain favorable loan terms and tax benefits.

Trump, on his annual financial disclosure forms while president, said the property was worth between $25 million and $50 million.

New York’s attorney general was first to act. James issued subpoenas to commercial real estate services firm Cushman & Wakefield for records relating to its assessment work on Trump’s behalf; to law firms that worked on the Seven Springs project; and to Trump’s company, the Trump Organization, for records relating to its annual financial statements and the conservation easement.

James also subpoenaed zoning and planning records in 2019 from the three towns Seven Springs spans. Vance followed with his own subpoenas in December. One town clerk said investigators were given “boxes and boxes of documents” in response. They included tax statements, surveying maps, environmental studies and planning board meeting minutes.

James’s investigators have interviewed Trump’s son, Eric Trump, an executive vice president at the Trump Organization and the president of the limited liability company through which it owns Seven Springs; Trump’s chief financial officer, Allen Weisselberg; and lawyers Trump hired for the Seven Springs project who specialize in land-use and federal tax controversies.

The investigators have yet to determine whether any law was broken.