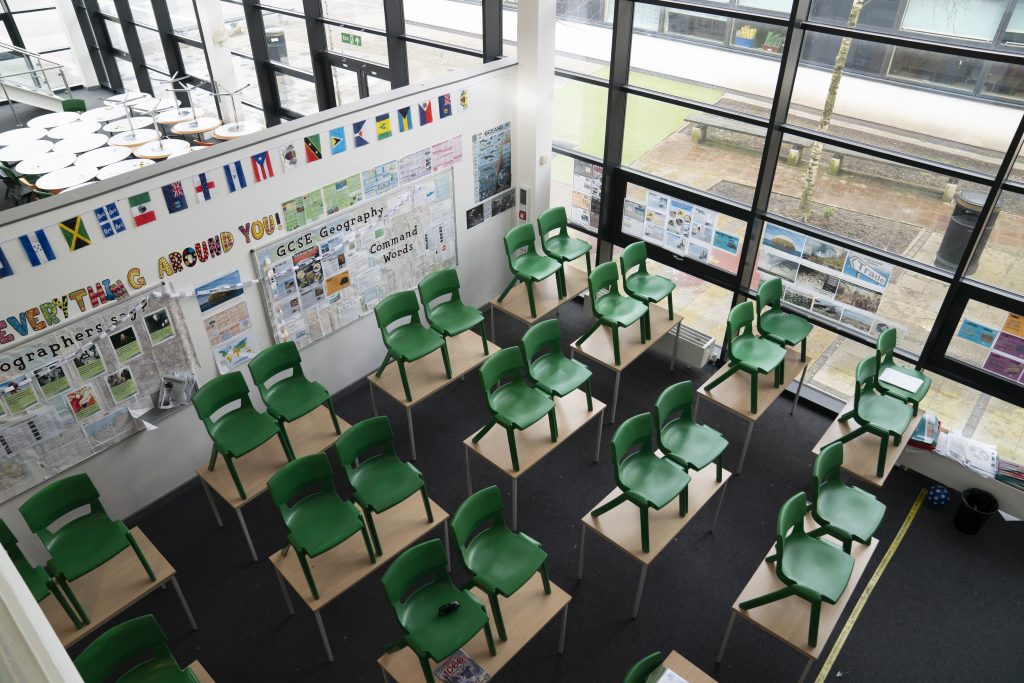 British students, backed by a robust coronavirus testing program, are gearing up to return to school Monday after a two-month closure, in what Prime Minister Boris Johnson says is a plan to get the country “moving closer to a sense of normality.”

The reopening of schools is the first step in the U.K. government’s plan to gradually ease COVID-19 restrictions as the country’s vaccination drive gains critical mass, with all restrictions lifted by June.

As part of the plan, millions of high school and college students coming back to U.K. classrooms will be tested for the virus for the first few weeks. Authorities want to quickly detect and isolate asymptomatic cases in order to avoid sending entire schools home.

“We are being cautious in our approach so that we do not undo the progress we have made so far,” Johnson said in a statement, urging everyone who is eligible to get vaccinated.

High schools and colleges will be allowed to reopen in phases to allow for three rounds of testing. Students will then get kits so they can test themselves twice more at home. The U.K. government has distributed nearly 57 million rapid “lateral flow” test kits to schools across the country, but there are concerns about the accuracy of the tests, which may result in pupils being forced to self-isolate unnecessarily

A senior public health official, however, said Sunday that the risk of a false positive was very low. More than 5 million rapid tests have been carried out at schools during lockdown, including 1 million last week, the government said.

To help children forced into online learning for months to catch up with their education, officials are considering extending school days, shortening the summer holiday or adding an extra term to the year. British students already have a much shorter summer holiday than American students, usually leaving for summer break after mid-July.

“We’re looking at a whole range of measures,” U.K. Education Secretary Gavin Williamson told Sky News. “We’ve got to look at what is going to have the biggest positive impact on children’s lives.”

Britain has had Europe’s deadliest coronavirus outbreak, with nearly 125,000 lives lost so far. Its coronavirus vaccination program has, however, raced ahead of the United States and the European Union to give at least a first dose to nearly 22 million of the country’s adults so far.

Britain has approved three vaccines for use: those made by Pfizer, Moderna and AstraZeneca, and plans to vaccinate all adults by July.