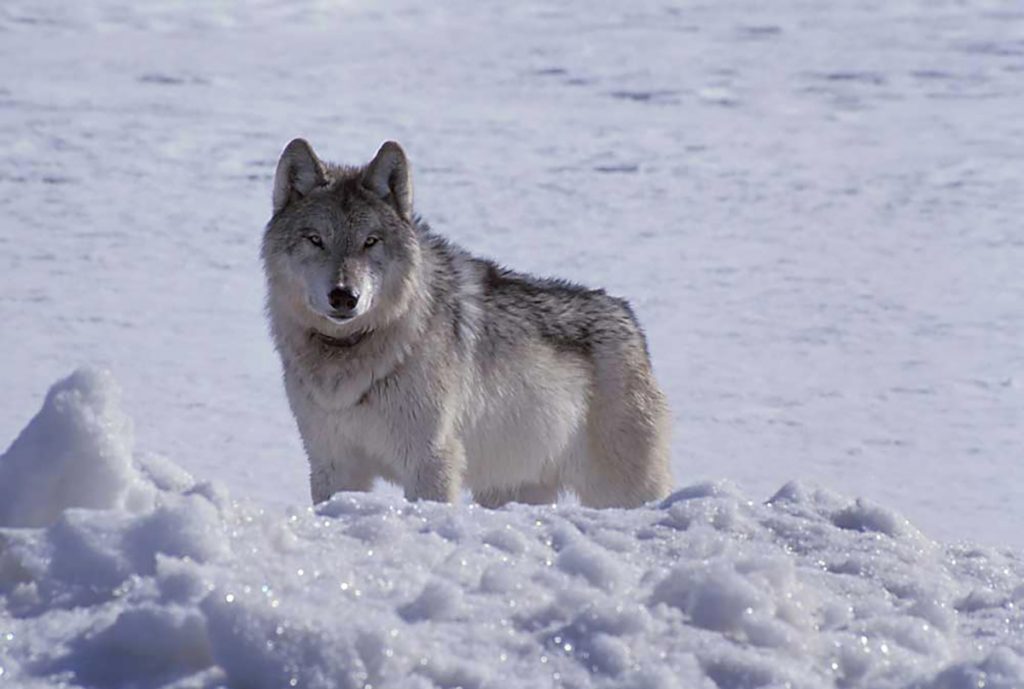 Payments for dead wolves. Unlimited hunting of the animals. Shooting wolves from the air.

Wolf-hunting policies in some states are taking an aggressive turn, as Republican lawmakers and conservative hunting groups push to curb their numbers and propose tactics shunned by many wildlife managers.

In Montana, lawmakers are advancing measures to allow shooting wolves at night and payments to hunters reminiscent of bounties that widely exterminated the species last century. Idaho legislation would allow hunters to shoot them from motorized parachutes, ATVs or snowmobiles year-round with no limits in most areas.

And in Wisconsin, just weeks after President Donald Trump’s administration lifted protections for wolves in the Great Lakes region, hunters using hounds and trappers blew past the state’s harvest goal and killed almost twice as many as planned.

The timing of the Wisconsin hunt was bumped up following a lawsuit that raised concerns that President Joe Biden’s administration would intervene to restore gray wolf protections. The group behind the suit has close links to Republican political circles including influential donors the Koch brothers and notable Trump loyalists — Kris Kobach, a former U.S. Senate candidate from Kansas, and musician and gun-rights advocate Ted Nugent.

Antipathy toward wolves for killing livestock and big game dates to early European settlement of the American West in the 1800s, and flared up again after wolf populations rebounded under federal protection.

Hanging in the balance is a decades-long initiative that brought back thousands of wolves in the Rocky Mountains, Pacific Northwest and Great Lakes regions. Considered among scientists and environmentalists a major conservation success, the predator’s return remains a sore point for ranchers whose livestock are sometimes attacked by wolves and hunters who consider wolf packs competition in the pursuit of elk, deer and other big game.

In Montana and Idaho, wolf numbers exploded after their reintroduction from Canada in the 1990s. Federal protections were lifted a decade ago. The states have been holding annual hunts since, and wildlife officials cite stable population levels as evidence of responsible wolf management.

That’s not satisfied hunting and livestock groups and their Republican allies in those legislatures, who contend 1,500 wolves in Idaho and 1,200 in Montana are damaging the livelihoods of big game outfitters and cattle and sheep producers.

“Too many wolves,” Republican state Sen. Bob Brown said of his mountainous district in northwest Montana. He’s sponsoring a bounty-like program that’s similar to one in Idaho and would reimburse hunting and trapping expenses through a private fund.

A separate measure from Brown would allow the use of bait and night-vision scopes. Another proposal would allow snares, which critics say are indiscriminate and can accidentally catch pets or other animals.

In response to concerns that the treatment of wolves will drive away tourists hoping to glimpse one in places like Montana’s Glacier National Park, Brown said their negative impact can’t be ignored.

“I certainly believe there are people who come to look at wolves,” he said. “But we are also hurting the outfitting industry.”

Critics including Democratic Sen. Pat Flowers, a former state wildlife department supervisor, warned of a significant toll on Montana’s wolf population. State Senate Minority Leader Jill Cohenour, also a Democrat, said the proposals would “take us right back to having them listed” as an endangered species.

Wolves lost federal species protections in the western Great Lakes in 2011, but they were re-imposed three years later under court order.

On President Joe Biden’s first day in office, the White House said it would review the wolf decision.

Wisconsin officials already were planning a hunt in November when Hunter Nation, founded in 2018, sued to force a hunt immediately. The group cited a possible return of protections by the Biden administration.

Hunter Nation says on its website that it is comprised of “America’s greatest Hunters and Patriots,” and includes praise for Trump. Its leader, Luke Hilgemann, formerly served as CEO at Americans for Prosperity, a conservative advocacy group backed by industrialists Charles Koch and his deceased brother, David, that has spent tens of millions of dollars on Republican candidates.

Hunters and trappers killed at least 216 wolves of Wisconsin’s 1,100 wolves over three days, nearly doubling the state’s target of 119 animals and forcing an early shutdown of the season.