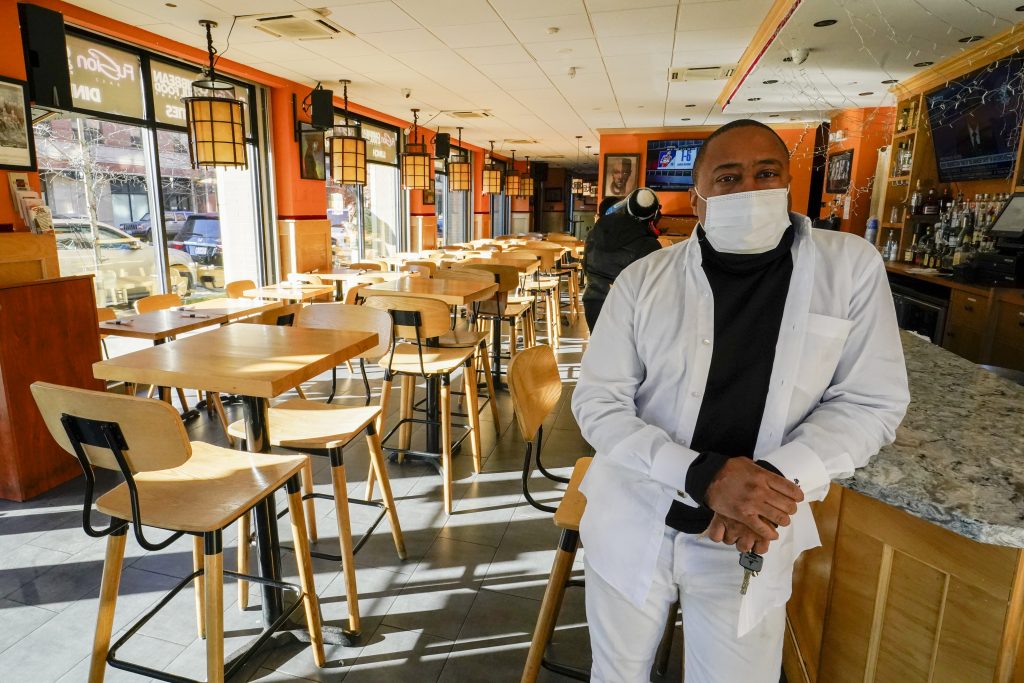 Restaurants in all of New York state outside of New York City will be allowed to fill three-fourths of their seats starting March 19 as the state gradually loosens coronavirus restrictions, Gov. Andrew Cuomo said Sunday.

The move to 75% capacity, up from the current 50%, will take place on the same day that neighboring Connecticut goes to 100% capacity for restaurants, Cuomo said in a conference call with reporters.

The governor did not indicate that the current 35% limit for restaurants in New York City would rise.

The plan to increase restaurant capacity outside of the city will be canceled if coronavirus numbers start to go up again, Cuomo said. He said 59 people died statewide of COVID-19 on Saturday, the lowest one-day death toll since Dec. 6.

Cuomo spoke as the leaders of the state legislature’s two houses, both Democrats like the governor, called for his resignation over allegations of workplace misconduct and over his reporting of COVID-19 deaths at nursing homes. Cuomo said he would not resign.

The Legislature’s passage Friday of a bill to limit Cuomo’s emergency powers means that lawmakers have a say over the plan to raise seating limits at restaurants.

Cuomo said he would sign the bill limiting his executive power and he would discuss the plan to raise restaurant capacity with any lawmakers “who have issues.”