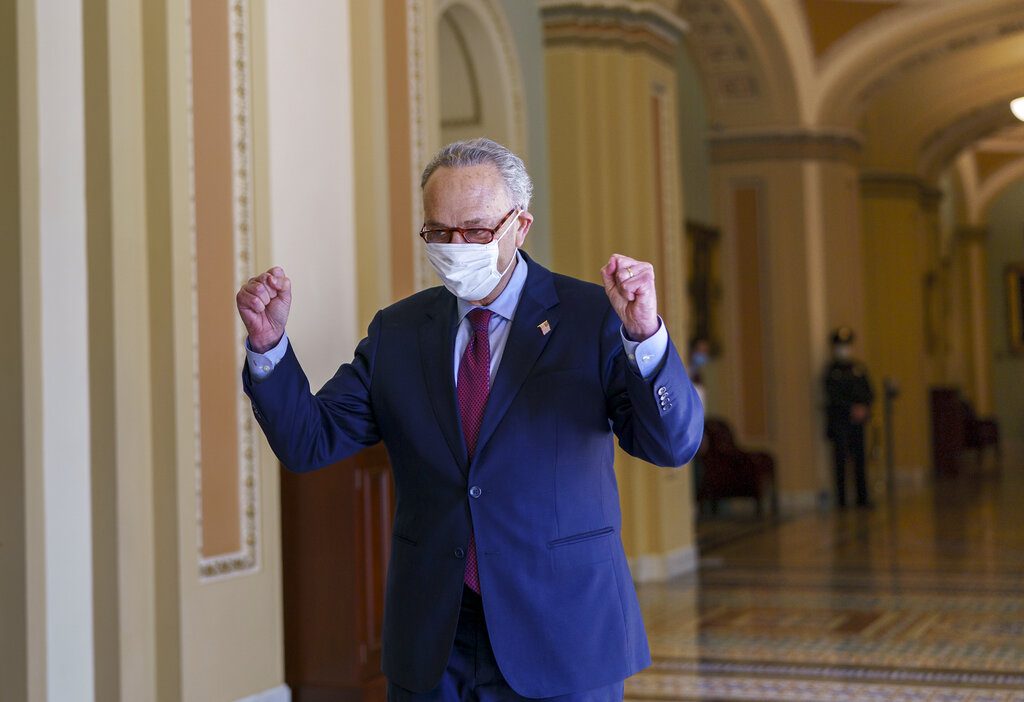 The struggling MTA will get $6 billion, WCBS 880 reported. The money will keep the struggling transit authority from having to fire hundreds and cut services, which would have disastrously coincided with ridership steadily recovering as thousands of commuters return to working in their city offices.

“The investments being made today in this bill are to bring the people back,” said Daniel Pearlstein, communications director at the Riders Alliance. “So absolutely, it may take several years, but if the government doesn’t make those investments now, New York will be back on its heels for several decades, at least, if not forever.

“[Three] million people a day depend on buses and trains in New York, and with this aid they’ll be able to continue to depend on it, and millions more will be able to come back in the coming months and years.”

The New York City Hospitality Alliance, which represents restaurants, said the industry throughout the country will receive $28 billion, a lifeline for the small restaurants struggling to survive on takeout.

“This new restaurant relief is a huge relief to them, because now they’ll have money to pay off some of their debt, have some cash flow to start buying products, hiring people back,” said Andrew Rigie, executive director of the NYC Hospitality Alliance.

“And that money can be used for rent, payroll for employees, vendor expenses, utilities, and all these other costs that have been piling up huge debt and really have been getting in the way of restaurants surviving”

In a statement, New York City Mayor Bill de Blasio praised the bill, saying, “”Cities like New York have been on the frontlines of the COVID-19 response for almost a year and have suffered enormous challenge. But we are now seeing the light at the end of the tunnel. The recovery for the nation begins New York City. With robust local aid, we will have the necessary investments to push forward with our testing and vaccination efforts, further help small businesses, fully reopen schools in the fall and more.”

The $1.9 trillion relief bill includes $1,400 checks for those making less than $75,000 a year, and extends weekly $300 unemployment relief checks for several more months.

Businesses will be able to apply for grants that will help with rent, payroll, and other expenses.

Biden is expected to sign the bill into law this week or the next.