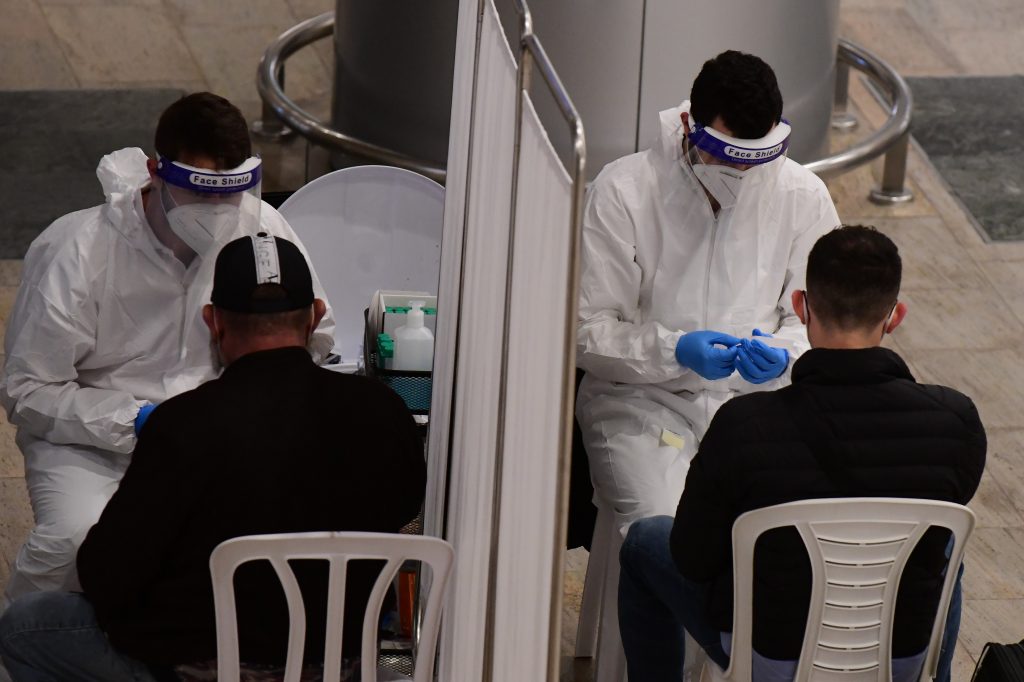 Following a Cabinet decision on Motzoei Shabbos, Israel on Sunday eased restrictions on air travel to the country, enabling thousands of citizens to return home and doing away with the need to stay in state-run quarantine hotels.

Entry to Israel has been largely closed since January 25, leaving thousands unable to return. Ben Gurion airport has been shuttered for all but a few special flights by Israeli and some foreign airlines to bring back citizens stranded abroad. Entrance into the country required special permission by the government, which was granted on a case-by-case basis ahead of each flight by a government-run exceptions committee.

Under the new rules, 1,000 Israelis will be permitted to enter the country every day, with the figure ramping up to 3,000 by the middle of the week.

A previous requirement for all returnees to quarantine in designated state-run hotels was also lifted and travelers will instead commit to self-isolate at home. There will be increased police enforcement to make sure that those who return keep to the rules. The punishment for violating the rules is a fine of NIS 5,000 ($1,500).

People will be able to enter the country on flights from specific locations, with Kyiv, Toronto, and Hong Kong added to the existing list of New York, Frankfurt, London and Paris.

Airlines will be required to provide the Health Ministry with a list of passengers or face a NIS 5,000 fine.

Special exceptions from the daily quota will be granted to new immigrants who can’t delay their arrival to the country and essential foreign workers.

In addition to air travel, Israel’s land borders will be opened.

A border crossing with Jordan will open up to twice a week, and the border with Egypt will be opened once to allow any Israelis there to return. Those who have been vaccinated or have recovered from COVID-19 will be able to leave at will to Jordan, although the Taba crossing into Egypt will remain shut.

Coronavirus commissioner Nachman Ash expressed concern over the changes on Sunday morning, and in particular the risk that mutated strains of the virus, which had prompted the closure of the airport, could now find their way into the country.

Ash told Army Radio “there is need for self-control. We don’t have enough enforcement and there is more than a little danger that mutations will enter the country.”

Ash has recently warned that Israel could be forced into a fourth lockdown if measures to ease the current restrictions lead to a rise in infections.

In ending the requirement for compulsory stay at quarantine hotels, the government also released to their homes hundreds of people who were already staying in the facilities. Those who left signed a form declaring they will continue their quarantine at home.