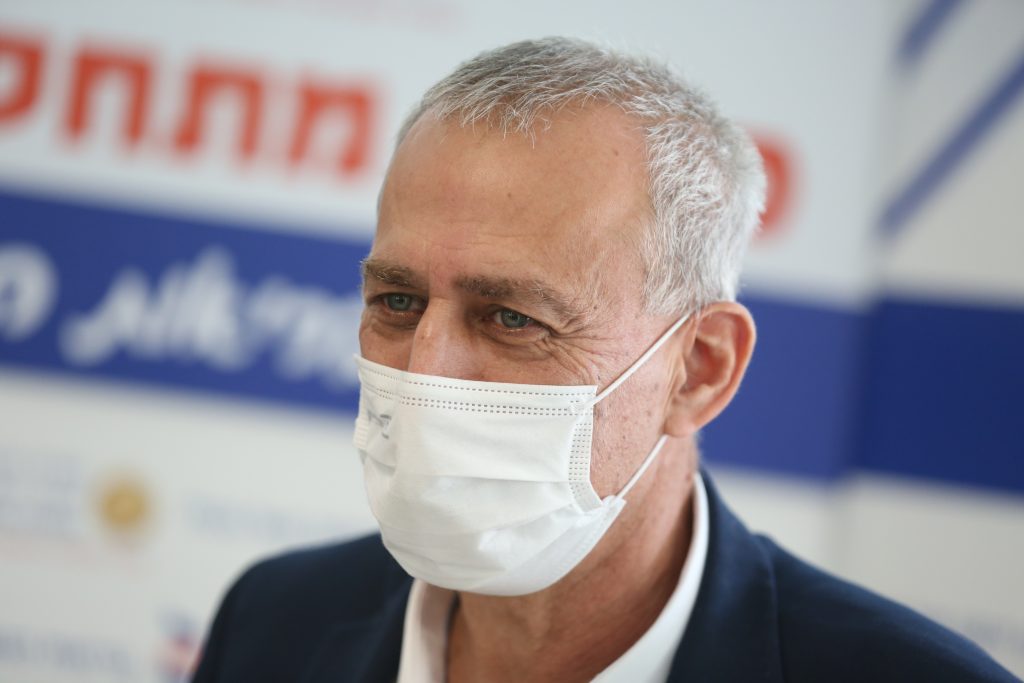 Israel’s coronavirus commissioner Nachman Ash, who has generally been a voice of caution about reopening, sounded a more relaxed—or realistic—note about wearing masks on Sunday.

Ash told the Kan public broadcaster that masking outdoors was largely unnecessary and suggested it would no longer be enforced by police.

He said it was “far less important” and “can be given up.” But until further notice it would be prudent to keep wearing them outside because to avoid confusion, health guidelines will continue to require mask-wearing, both indoors and outdoors.

“In terms of enforcement, our emphasis to police is not to enforce [mask-wearing] in these places [outdoors], but rather indoors,” he said.

It was not clear whether by “outside” Ash meant only empty areas where contact with others is virtually nil, or also crowded city streets where the chances of transmitting the virus might be as high as indoors. He did not differentiate.

On the other hand, Ash continued to express concern about the reopening of Ben Gurion Airport, and said the Health Ministry has asked police to focus their attention on enforcing quarantine violations among those who have arrived in Israel from abroad.

Ash told Army Radio “there is need for self-control. We don’t have enough enforcement and there is more than a little danger that mutations will enter the country.”

“It is not over. We must continue to be careful, keeping social distance and wearing masks. We have a way to go until it’s over,” he told Ynet.

Although Prime Minister Binyamin Netanyahu‏‏ is saying that the country is almost out of danger, Ash maintained that a fourth national lockdown was “a possibility.”

“This is clear to everyone and the prime minister knows this,” he added.

Ash has recently warned that Israel could be forced into a fourth lockdown if measures to ease the current restrictions lead to a rise in infections.