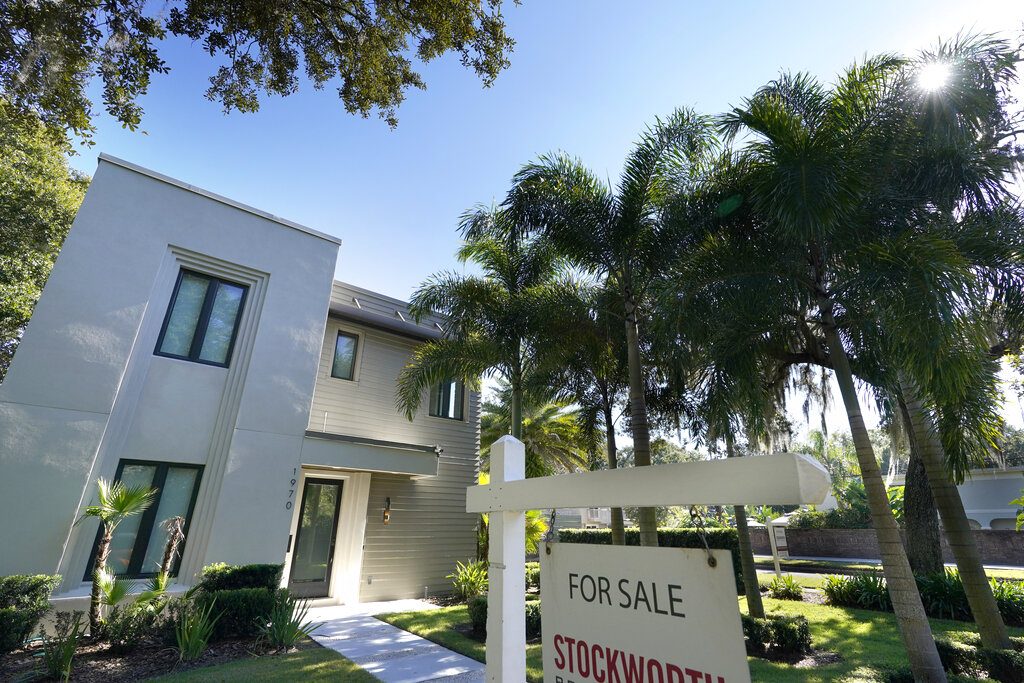 U.S. long-term mortgage rates were steady to higher this week, as the benchmark 30-year loan breached the 3% mark for the first time since July 2020. Rates remain near historic lows as the economy strains toward recovery in the pandemic’s wake.
Mortgage buyer Freddie Mac reported Thursday that the average rate on the 30-year fixed-rate home loan rose to 3.02% from 2.97% last week. By contrast, the benchmark rate stood at 3.29% a year ago.
The average rate on 15-year fixed-rate loans, popular among those seeking to refinance their mortgages, was unchanged at 2.34% this week.
The government reported Thursday that the number of Americans applying for unemployment benefits edged higher last week to 745,000, a sign that many employers continue to cut jobs despite a drop in confirmed coronavirus infections and evidence that the overall economy is improving.
While economists expect modest increases in home-loan rates this year, they likely will remain low while the Federal Reserve keeps interest rates near zero until the economy recovers.
The record-low lending rates have helped push buyers into the housing market, which remains one of the stronger sectors of the U.S. economy. But the lack of supply of homes, which was pushing up prices even before the pandemic struck last March, has left many prospective buyers empty-handed.