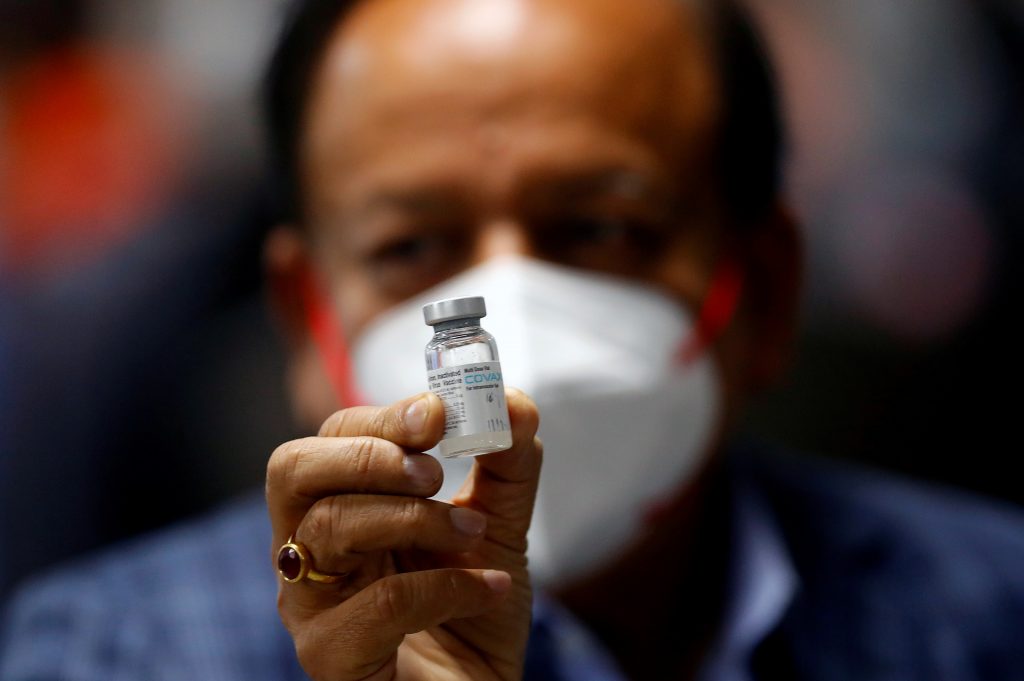 Indian doctors and politicians on Thursday welcomed efficacy data for a state-backed coronavirus vaccine that was given emergency approval in January without the completion of a late-stage trial, making people reluctant to receive the shot.

Government data shows that only 10% of about 13.3 million people immunised in India have taken the COVAXIN shot, which was found to be 81% effective in an interim analysis of the late-stage trial, its developer Bharat Biotech said on Wednesday.

Any boost to the vaccine’s acceptance in India, which on Thursday reported the highest number of new COVID-19 cases in five weeks, could also brighten its export prospects.

Bharat Biotech said 40 countries were interested in COVAXIN, with Zimbabwe on Thursday becoming the first country outside India to approve it, according to the Indian embassy.

Many Indian doctors and opposition politicians had rejected COVAXIN because it was approved by the drug regulator only on the basis of data from intermediate trials. The regulator has also authorised the use of the Oxford University/AstraZeneca vaccine, marketed as Covishield in India, which was found to be 70.42% effective based on overseas trials.

“Now that interim Phase III data are available for COVAXIN, I can safely ask my father, who is more than 60 years of age and a diabetic, to get it,” said Nirmalya Mohapatra, a leader of an association of doctors at New Delhi’s Ram Manohar Lohia Hospital, having previously publicly refused to take COVAXIN.

Rajib Dasgupta, chairperson of the Centre of Social Medicine & Community Health at New Delhi’s Jawaharlal Nehru University, said the interim results were encouraging but that a “well-rounded picture” would emerge only after a fuller analysis.

“For those like me who were concerned that COVAXIN was being deployed before its third phase trials were concluded, this is good news indeed,” he said on Twitter.