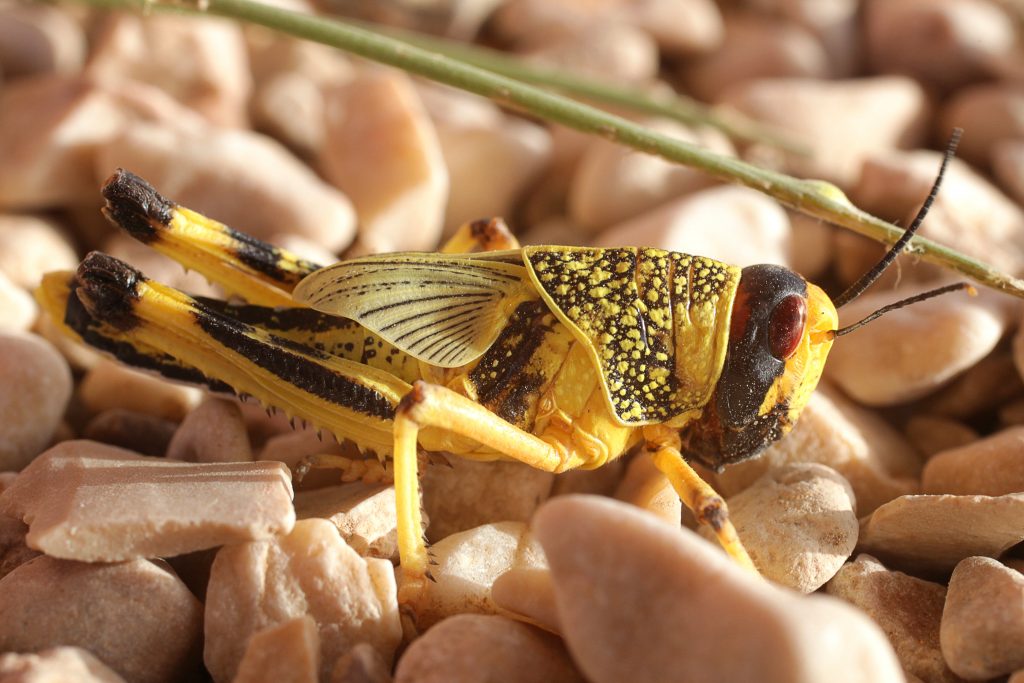 An Israeli scientific team has invented a way to hook up a robot to an ear from a dead locust, enabling the robot to “hear” and respond to human commands, The Times of Israel reported on Thursday.

The robot at Tel Aviv University moves forward on a one-clap command, backward on two claps.

The researchers explained that this marks the first time a sense organ has been integrated into electronics, and demonstrates the sensory capacity of animal parts — noses, eyes, ears and touch sensors — to be fed to machines.

“We decided to use an ear to demonstrate what we can do, but the big deal is the general principle that we can use animal sensory systems for robotic platforms,” Ben Maoz, one of the scientists, told the Times.

“We’re showing that it’s possible to take the animal kingdom’s power for sensing, which is much greater than any invention humans have built, and integrate it into our technology,” he added.

The team behind the breakthrough, Maoz, Idan Fishel, Prof. Yossi Yovel and Prof. Amir Ayali, published a paper announcing their achievement in the journal Sensors.

Maoz is very excited about the project. This is “very exciting,” he said, noting some of the remarkable abilities of animals and insects which can now be integrated into robots.

“For example, some animals have amazing abilities to detect explosives or drugs, and the creation of a robot with a biological nose could help us preserve human life and identify criminals in a way that is not possible today,” he said.

“Some animals know how to detect diseases. Others can sense earthquakes. We can start to integrate some of these abilities into tech.”